If you use Snapchat a lot, chances are you have found yourself in a situation where you wanted to share a tweet to the ephemeral messaging app, only to realise there was no easy way to do so. Well, it seems Twitter and Snapchat know about you and your issues with sharing. The two social media platforms have collaborated to bring built-in tweet sharing to Snapchat with all the bells and whistles of Snapchat’s photo editing suite. So, here is how to share tweets to Snapchat on iPhone.

As of this writing, the feature is live only on iOS. However, Android support is coming soon. Meanwhile, if you are an Android user and you want to get a similar experience on your smartphone, we have a workaround of sorts that you can try out. You can head over to the iPhone or Android specific section of this how to from the table below. 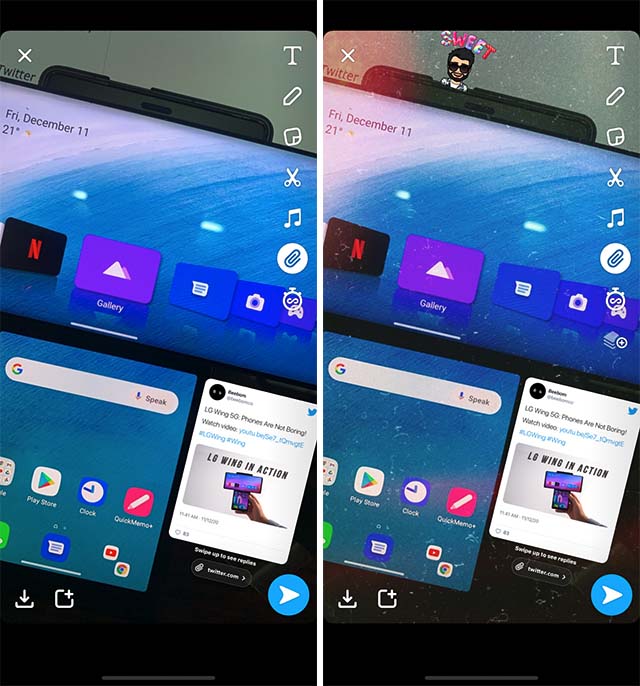 Note: If you don’t see the ‘Snap Camera’ option in Twitter, make sure both Twitter and Snapchat are updated to the latest version on your iPhone. Also, in my case, I had to remove Twitter from the Recent Apps screen on my iPhone before the option showed up, so you can try that as well.

While this integration between Snapchat and Twitter will be arriving soon on Android as well, until then, you can use the following workaround to share tweets in your snaps. 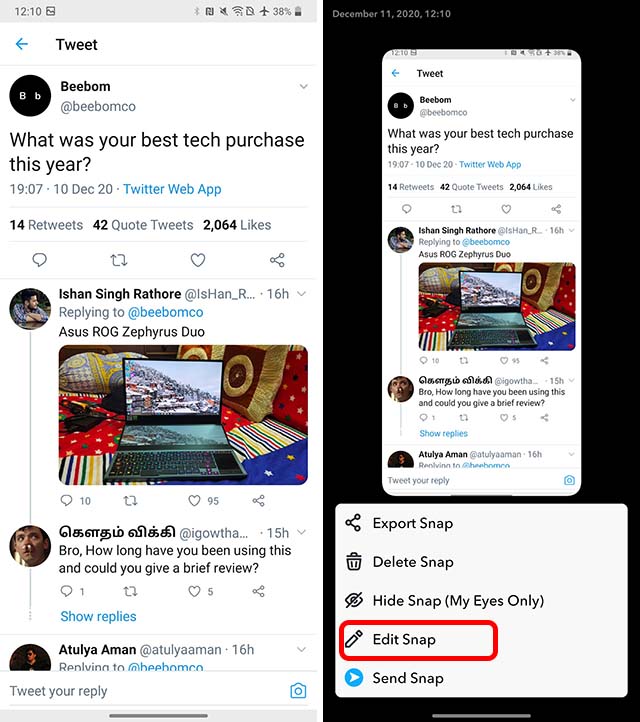 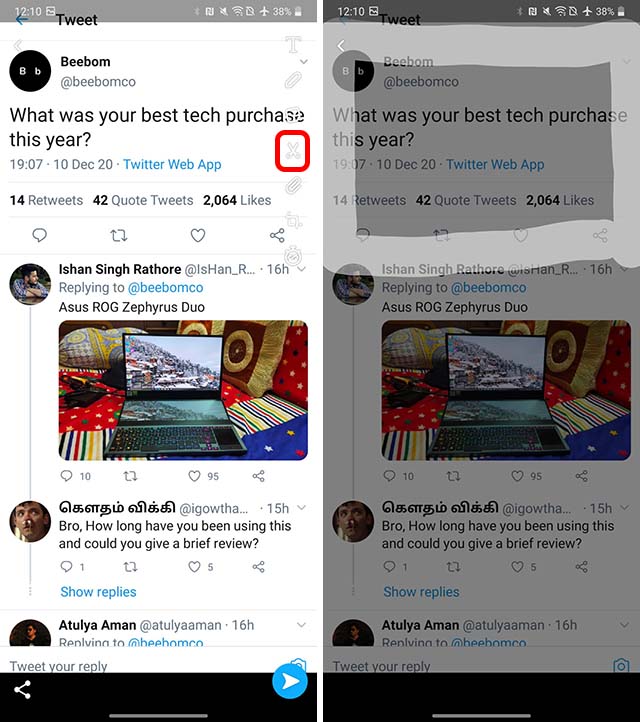 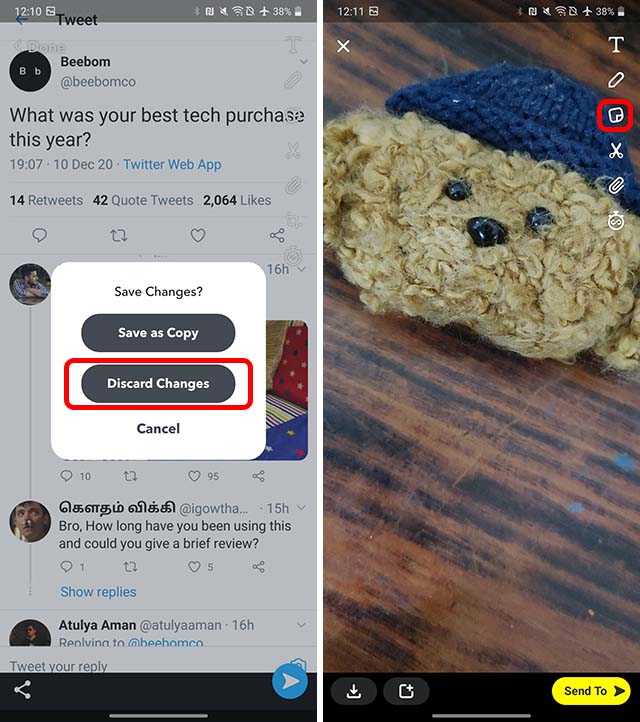 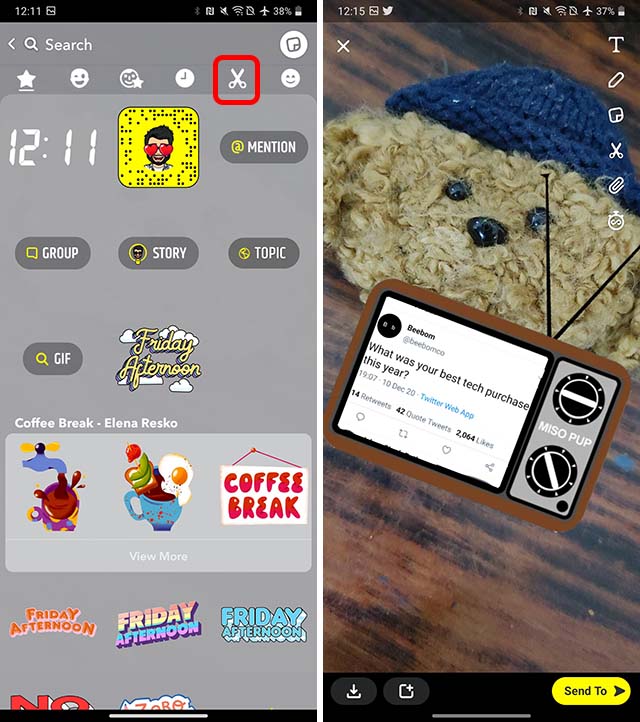 That’s it. Yeah, it’s not as clean as the integration itself is, but until then, this is a fairly decent way of adding tweets into your snaps. What’s more, you can even add the link to the tweet in your snap with the URL tool, so people can view the tweet in Twitter if they want to.

Personally, I only use Snapchat because I have a couple of really long streaks going on with my friends and family, and I just don’t want those streaks to end. However, if you’re a heavy Snapchat user and you like sharing fun or interesting tweets on Snapchat, this integration should definitely be helpful for you. At least for those of you using an iPhone. For the rest, you can use our workaround above, and yeah, the integration will be headed to Android soon, so stay tuned.