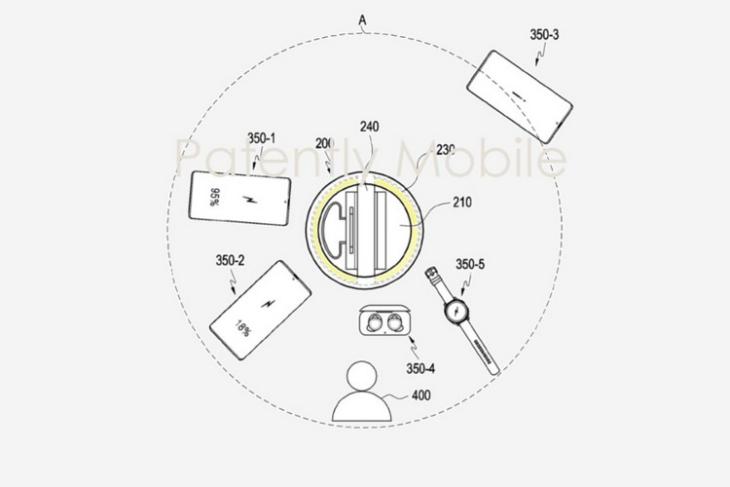 According to a report by Patently Apple, the South Korean Patent Office published a patent, PCT/KR2021/009778, filed by Samsung recently. It describes a wireless power transmission device that would be able to charge smartphones and other compatible accessories without physically coming in contact with them.

Samsung also highlights the fact that a wireless power transmitter can be developed to cover the entire 360-degree radius around it and transmit power to mobile devices within range. The company also states that it could use multiple resonators around the wireless power transmitter to extend the radius of through-air wireless charging tech. You can check out the patent image below to get a better idea of how it is going to work.

Now, it is worth mentioning that although Samsung has filed a patent for its truly wireless-charging tech, it is still in its early stages of development. Hence, it might take some time for the company to release the technology in the commercial market. However, it would be interesting to see whether Samsung could beat Xiaomi or even Oppo in this sector as the Chinese giant has been making amazing progress in wireless charging technology. Meanwhile, Patently Apple reports that Apple has already filed a similar patent back in 2013, which is way before Xiaomi or Samsung. However, we have not seen the Cupertino giant introduce the technology to any of its devices.

What do you think about Samsung’s new wireless charging tech? Do you think the South Korean giant could beat its Chinese competitor in the long run? Let us know your thoughts in the comments below.