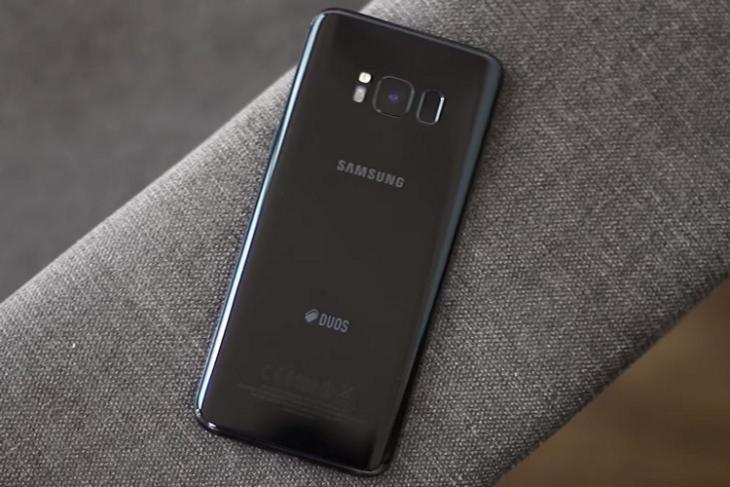 With Chinese smartphone vendors like Xiaomi, Oppo and Vivo ruling the roost in India, the erstwhile market leader Samsung has been finding it hard to compete in the mid-range segment. Even as it continues to remain the leader in the country in the premium segment, Samsung is reportedly gunning for Xiaomi’s perch this year and the first weapon in its arsenal may just be let out soon.

An IANS report now suggests that Samsung is all set to ramp up its mid-range game in the country by launching a new “Galaxy On” smartphone that will apparently be priced at Rs. 15,000. The device has been teased on Amazon India for the past week and it’s very likely to be launched as an Amazon-exclusive soon.

IANS quotes unnamed industry sources saying the Galaxy On device will be launched in two variants, both of which will ship with 4GB of RAM, which is a great addition at this price range. Samsung is expected to focus on design, performance and photography, and teaser shots on Amazon suggest a bezel-less display design just Xiaomi has done for its upcoming Redmi 5 phones.

Another Samsung mid-range phone ‘Galaxy On Nxt’ was launched recently. The 16GB version of that particular device is a Flipkart-exclusive and is currently on sale for Rs. 9,999, under the Mobiles Bonanza Sale. The company also sells another mid-ranger called the Galaxy On Max that was launched last year, which is also on sale currently.

Samsung is reportedly expecting its smartphone sales to remain flat this year after raking in record profits in 2017, so it will be interesting to see if the company will be able to turn around its fortunes in emerging markets with devices like the upcoming Galaxy On handset.