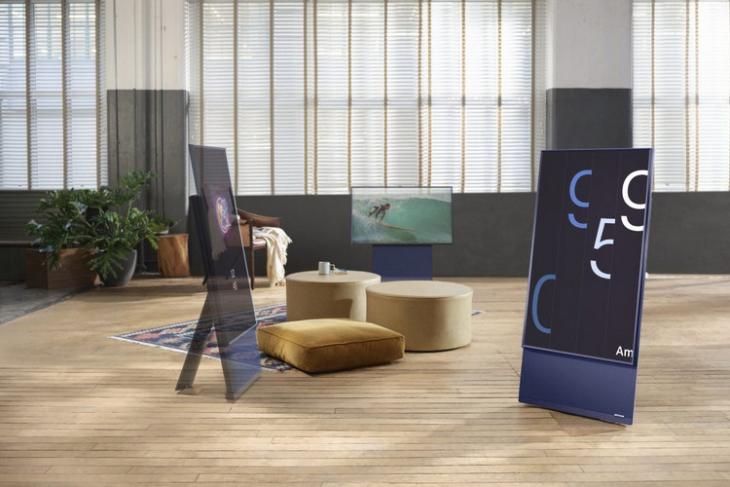 Having launched The Frame and The Serif TVs over the past couple of years, Samsung has expanded its lifestyle TV range in India with the launch of The Sero, a unique rotating television that the company claims is the “world’s first mobile optimized TV”. The device, which was originally unveiled at CES 2020 back in January, comes with a 43-inch 4K QLED panel that can rotate between horizontal and vertical orientations based on whether the video being played is shot in landscape mode or portrait mode.

‘Sero’, which means ‘vertical’ in Korean, has been named as such because of its ability to pivot between horizontal and vertical orientations just as a user might handle their smartphone or tablet. It is optimized for social media content and is targeted at “a younger social media generation with an interest in viewing experiences such as the ones found on their mobile devices”, said the company in an official press release.

According to Samsung, the screen will rotate automatically depending on the orientation of the video, but can also be manually rotated using the remote control, voice command and via the SmartThings app. When in Portrait Mode, the TV also lets users choose from various stylish vertical backgrounds, while the Ambient Mode+ functionality allows users to display useful information or blend the TV into its surroundings.

The Samsung Sero has been priced at Rs. 124,990, and will be available exclusively at Reliance Digital stores. Launch offers include benefits like 5% cash back, with EMIs starting from as low as Rs. 1,190. Reliance Digital is also offering gift vouchers from AJIO and Reliance Trends until November 16 as part of its on-going ‘Festival of Electronics’ sale.