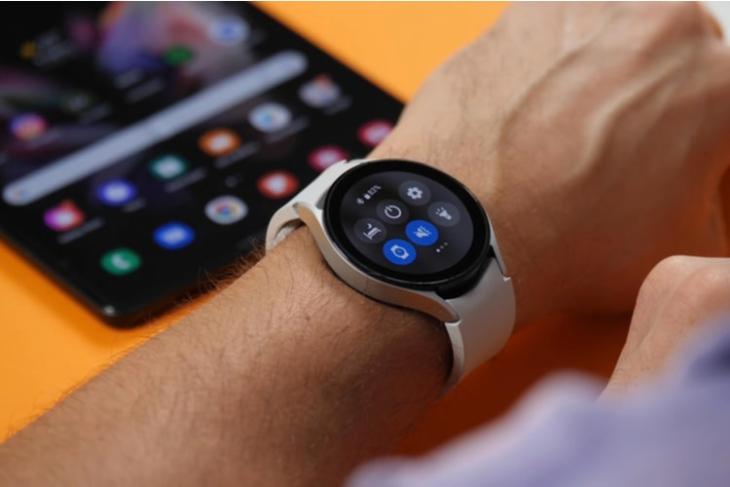 The new One UI Watch 4.5 aims for an improved typing experience and hence, it has now brought the full QWERTY keyboard, that too, with swipe gestures. This will make typing a message, dictating, and more functions easier than ever on the Samsung smartwatch. Plus, users will be able to switch inputs for further convenience.

Accessing calls on the Galaxy Watch will also become easier as there’s now support for dual-SIM. A preferred SIM can be set on a Galaxy phone (dual-SIM support required) and this will reflect on the watch too. The watch will show the SIM being used in an easy-to-read way and will also let people choose between the SIMs to use without disclosing the phone numbers.

One UI Watch 4.5 also supports the ability to customize watch faces, allowing users to add various styles to a watch face that will suit them best. The customized watch faces can be added to the favorite list as many times and the ones you like are saved for quick access.

There are new accessibility features like the ability to adjust display colors/contrast, audio adjustments for those with hearing disabilities, adjustments for temporary functions such as volume and notifications, and more.