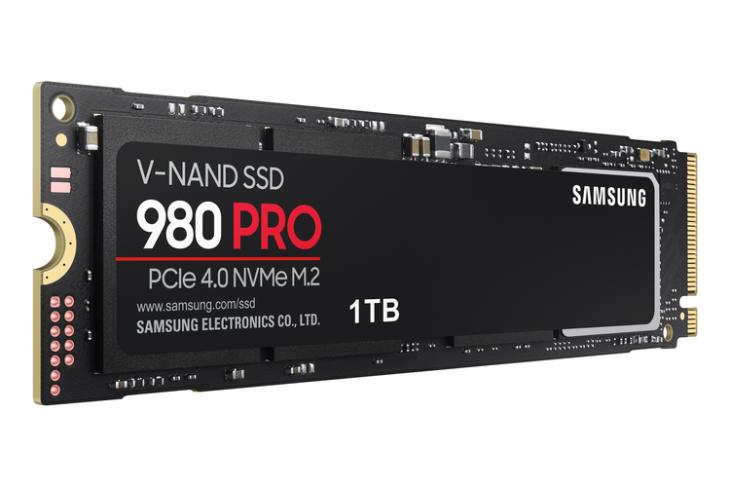 Samsung has unveiled the company’s first consumer PCIe 4.0 NVMe solid-state drive (SSD) – the Samsung SSD 980 PRO today. In an official press release, the Korean giant said that it is designed for professionals and consumers who want cutting-edge performance in their high-end PCs, workstations, and game consoles.

Samsung says its in-house engineers have designed all the key components of the 980 PRO, including the custom Elpis controller, V-NAND and DRAM. The company claims that the 980 PRO will offer sequential read and write speeds up to 7,000 MB/s and 5,000 MB/s, respectively, as well as random read and write speeds of up to 1,000K IOPS, making it up to two times faster than PCIe 3.0 SSDs and up to 12.7 times faster than SATA SSDs.

The 980 PRO series also comes with enhanced thermal management for improved stability. “While most of today’s high-performance NVMe SSDs rely on external copper heatsinks to diffuse heat, Samsung’s 980 PRO employs a nickel coating on the controller as well as a heat spreader label on the back for efficient heat dissipation,” the company said in an official statement. The SSD also incorporates Samsung’s proprietary Dynamic Thermal Guard technology to further drive down temperatures even under intense workloads.

The Samsung SSD 980 PRO comes in 250GB, 500GB, and 1TB capacities and, will be available worldwide starting this month. The company also plans to launch a 2TB model by the end of this year. All of the models will come with five-year limited warranties. Pricing starts at $89.99 for the 250GB model in the US, while the 500GB and 1TB models have been priced at $149.99 and $229.99, respectively.