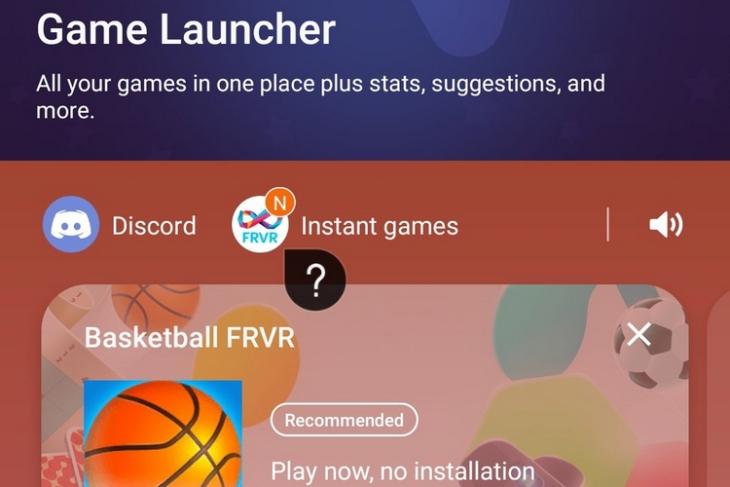 Following the footsteps of OnePlus’ Game Space, Samsung has added support for instant games in its Game Launcher with the latest update having the version number 4.3.02.6.

As you might already be aware, the primary advantage of instant games is that you can play them without having to download or install. With the latest version, Samsung Game Launcher has a separate section that lists all the available instant games.

“Game Launcher is full of games that you can enjoy anytime and anywhere in your spare time. We carefully selected the games that people of all ages can enjoy immediately with just a single click,” says Samsung.

The games in Samsung’s Game Launcher are predominantly sourced from FRVR Games. There are various mini-game titles including Basketball FRVR, Drag Race FRVR, Gold Train FRVR, and Hex FRVR. We could expect more games in the future.

Most of instant games are provided by @FRVRGames platform pic.twitter.com/f5fGzyJ22e

Instant games have gained massive popularity in the recent past, mainly due to their simplicity. Several companies have been pushing such mini-games through their platforms. In related news, Facebook had to launch Facebook Gaming on iOS App Store without mini-games due to Apple’s strict policies.

Apart from instant games, the latest version adds a dedicated tab for in-game notifications. You can also filter the notifications based on the date or game. However, do keep in mind that you should grant separate system permissions for the feature to work as intended.

A new notification section requires a separate system permission and can filter by date or by the game pic.twitter.com/3uMALH2yV6