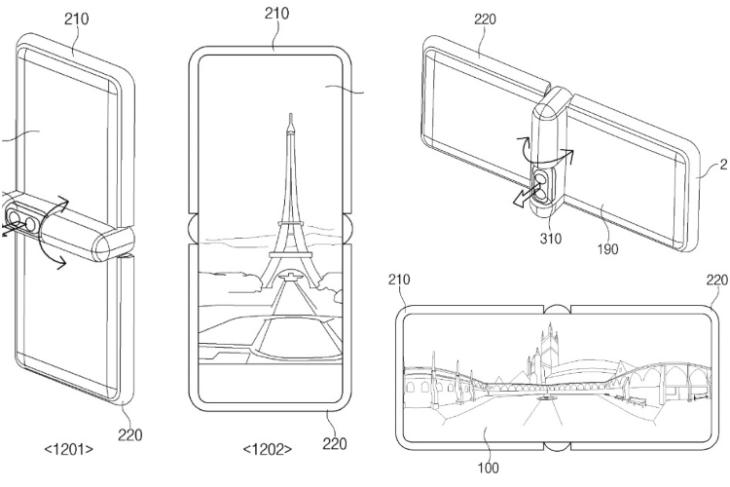 While Samsung fans are patiently waiting for the unveiling of its next-gen foldables next month, new developments about Samsung’s future foldable plans have appeared online. As per a recent patent application, the Samsung Galaxy Z Flip 4 or future clamshell foldables might feature a rotating dual-camera system integrated into the hinge.

The report comes from reputable Dutch publication LetsGoDigital that discovered the new patent that was filed at the World Intellectual Property Office (WIPO) earlier this year. So, as per the patent, Samsung is looking to fit a dual-camera module on the folding hinge of future Z Flip-like foldables. This way, there will be more space to pack a bigger cover display.

The patented design, as per the sketches, will see a dual-camera module reside on the hinge of the device, which is the folding element of the phone. Upon opening the phone, the cameras will automatically rotate to face the rear. When the phone is closed or folded, on the other hand, the cameras will be facing upwards or towards the user. You can check out the sketches showcasing the design right below. 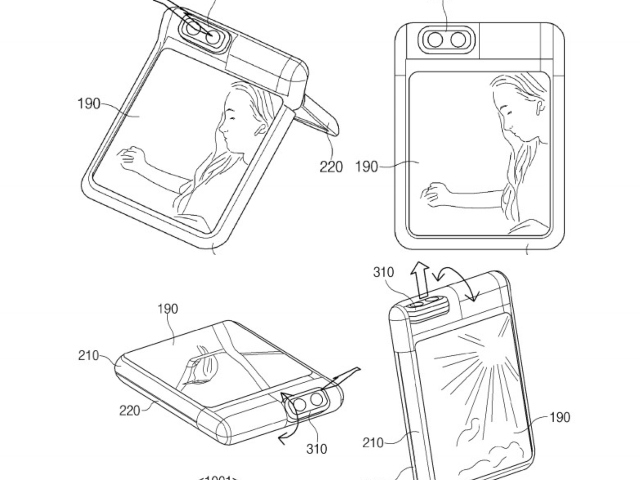 It is safe to assume that Samsung will not implement this design on its upcoming Z Flip 3. As you can tell by the sketches, it is still a work-in-progress, and Samsung might not want to integrate such an intricate hinge camera mechanism into its devices just yet. Moreover, in previous leaks, none of the renders of the Galaxy Z Flip 3 show such a camera-on-the-hinge design.

Now, ahead of the launch of the Galaxy Z Fold 3 and the Galaxy Z Flip 3, we have seen numerous leaks and renders of the devices. In fact, we saw reputable tipster Evan Blass (@evleaks) leak the entire line of products that Samsung is going to launch at the next Galaxy Unpacked event on August 11.

While we know that the in-folding Samsung Galaxy Z Fold 3 will come with an under-display camera (UDC), not much is known about the Galaxy Z Flip 3. As per previous reports, we only know that the latter might pack a 1.9-inch cover (outer) display, which would be much bigger than the 1.1-inch cover display on its predecessor. So yeah, Galaxy Z Flip 3 is coming with a bigger display but not a hinge camera mechanism next month.