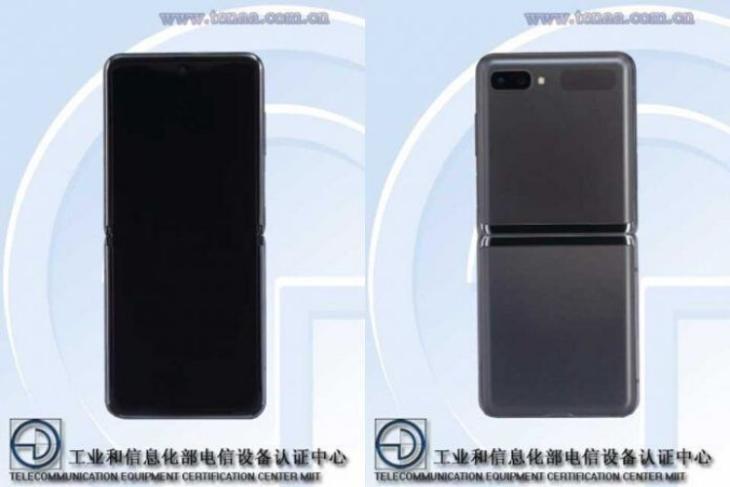 Samsung is rumored to unveil a 5G variant of its existing clamshell foldable phone, the Galaxy Z Flip, alongside the Galaxy Note 20 series next month. A slew of leaks for this 5G foldable phone have appeared online. However, it is today that we have gotten our first look at Galaxy Z Flip 5G.

This foldable was recently spotted at the FCC and China’s TENAA certification website, courtesy of the folks at MySmartPrice. The latter was first spotted earlier last week but without any official images. The TENAA listing has now been updated with real-life images of the Galaxy Z Flip 5G and it seems to be identical to the 4G variant.

As you can see in the images attached here, the device has the clamshell design with a punch-hole display on the inside. There’s still a tiny display next to the camera setup on the outside. The physical fingerprint scanner and volume keys can be found on the right. The only major difference is the new matte black color, which looks really cool.

Further, if you want a peek at the Mystic Bronze variant of the Galaxy Z Flip 5G, we suggest you head on over to renowned tipster evleaks, aka Evan Blass, Patreon for a 360-degree view of this upcoming 5G foldable.

Talking about the specs, Galaxy Z Flip launched with the Snapdragon 855+ chipset from last year. The 5G Z Flip variant will get a much-needed upgrade in the form of Snapdragon 865 Plus with a clock speed up to 3.09GHz. It will be paired with up to 8GB of RAM and 256GB of built-in storage.

The foldable phone will feature a 6.7-inch AMOLED display on the inside and a 1.05-inch AMOLED display for notifications and the camera viewfinder on the outside, as per the TENAA listing. The Galaxy Z Flip 5G has a dual-camera module with a 12MP primary and a 12MP secondary sensor. You will also find two batteries, 2500mAh + 704mAh, totalling to 3,200mAh aboard this foldable phone.

Samsung is yet to officially confirm the launch date of its upcoming Galaxy Note 20 series but with these certification listings going live, it should be right around the corner.