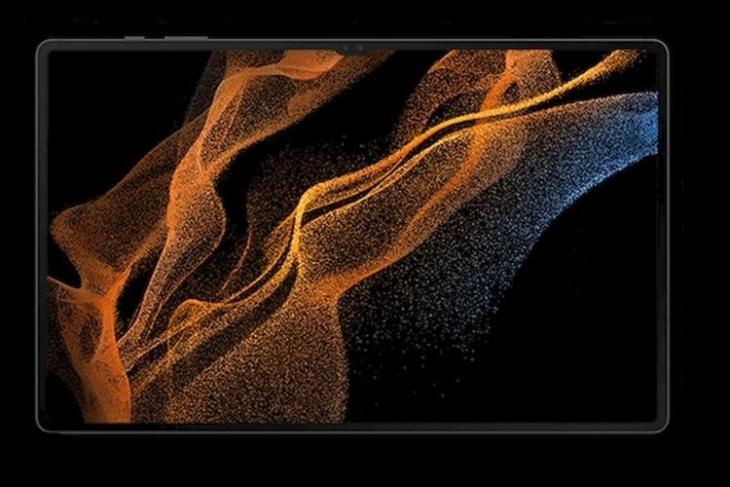 Samsung is expected to refresh its flagship Galaxy Tab S series with the launch of the Galaxy Tab S8 devices this year. Rumors regarding its upcoming tablets have been aplenty, but this time, we have a look at every possible detail about the Galaxy Tab S7 successors. Here’s a look.

A report by WinFuture gives us a look at the complete specs sheet for the Galaxy Tab S8 lineup. It will most likely include the Galaxy Tab S8, the Tab S8+, and for the first time, the Tab S8 Ultra. All three tablets are expected to come with the latest Qualcomm Snapdragon 8 Gen 1 mobile platform and run Android 12 with One UI 4.0 on top.

The Galaxy Tab S8, which will be the base model, is expected to sport an 11-inch LTPS TFT display with support for a 120Hz refresh rate and a screen resolution of 2560 x 1600 pixels. It is seen sporting a significant amount of bezels on all four sides. It is likely to come in two RAM+storage models: 8GB+128GB and 12GB+256GB, both coming with microSD card support.

On the camera front, you can expect to find two rear cameras on the Galaxy Tab S8. That includes a 13MP main camera and a 6MP ultra-wide camera, along with a 12MP front camera. It is likely to source its power from an 8,000mAh battery. There’s no word on its fast charging capabilities.

The Galaxy Tab S8+ is slated to be similar to the base model, but with slight upgrades. It will most likely get a bigger 10,090mAh battery and will weigh 567 grams, which is more than the weight (507 grams) of the Tab S8. The tablet is also expected to see an upgrade in the display section with a bigger 12.7-inch Super AMOLED screen. The Tab S8+ will also support a 120Hz refresh rate.

Now, the highest-end Galaxy Tab S8 Ultra will be one seeing major changes. For starters, it is speculated to copy the latest Apple MacBook Pro and come with a notched display (as rumored previously), spanning 14.6-inch. It will support a screen resolution of 2960 x 1848 pixels and a 120Hz refresh rate. The bezels are also expected to be pushed back a little more, thus, allowing for a more immersive viewing experience.

The rear camera placement will be the same as its other siblings, but it will be home to two 12MP front cameras. A bigger 11,200mAh battery and different RAM+storage configuration (8GB+128GB and 16GB+512GB) are expected too.