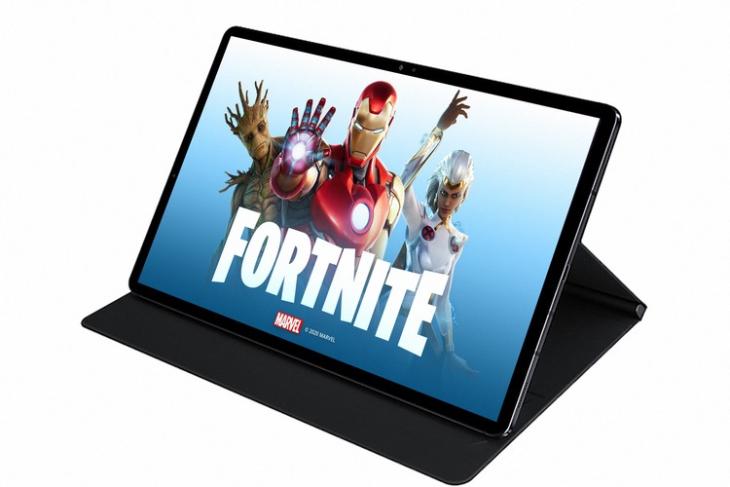 While the chances of playing Fortnite on Apple devices are pretty weak due to the epic legal battle between the industry giants, Samsung Galaxy Tab S7, S7+ users will now be able to enjoy the game in high frame rates. According to an official post by Samsung, Fortniters who play the game on the company’s latest tablets will now get 90 frames per second (FPS) for ultra-smooth gameplay and immersive experience.

The Seoul-based electronic giant recently “unlocked” the support for 90FPS in Fortnite on its latest iPad competitors with 120 Hz display. The support for the high frame rates was unlocked on October 13 for all Galaxy Tab S7 and S7+ users.

According to Samsung, “this improved frame rate will provide Galaxy Tab S7 and S7+ Fortnite players their smoothest mobile gaming performance yet.”

To start playing the game at 90FPS, all the Galaxy Tab S7 users need to do is update their game from the Samsung Galaxy Store. Samsung also took this opportunity to mention that Samsung Galaxy Store is “the only mobile app store in the US where users can download and enjoy the current season of Fortnite.”

Now, with Fortnite gone from the Apple App Store and Google Play Store, Samsung is the last resort for Epic to remind players that the game still exists on mobile platforms. Moreover, Samsung is pushing the game not only to help Epic save their flagship title but also to increase the sales of its new tablets.