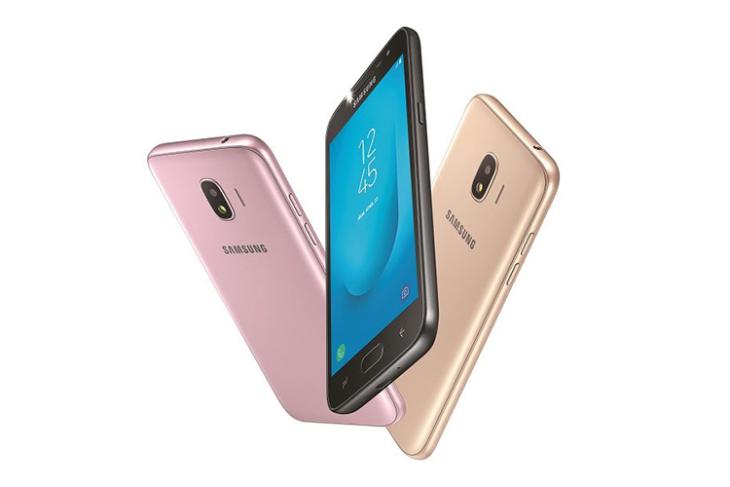 The affordable J series by Samsung now has a new device to offer as the company has launched the updated variant of Galaxy J2 in India today. The smartphone comes preloaded with Samsung Mall that is designed to ease shopping by combining image recognition and aggregation from multiple e-commerce sites.

The Galaxy J2 2018 will be available for ₹8,190 in black, gold, and pink colors at offline stores starting tomorrow i.e. April 27

The Galaxy J2 2018 uses a quad-core Qualcomm Snapdragon chipset and while Samsung has not clarified the exact name, we expect it to be the Snapdragon 425. Tasks on the J2 2018 rely on 2GB of RAM while there is an onboard storage of 16GB. The memory can be expanded up to 256GB using a microSD card.

Samsung uses a 5.0-inch quarter HD touchscreen on the Galaxy J2 2018 which is based on the company’s Super AMOLED display technology. The Galaxy J2 features an 8-megapixel camera on the rear while a 5-megapixel shooter graces the front of the device. Both cameras are complemented by LED flashes to make up for poor lighting conditions. The device is powered by a 2,600mAh battery. 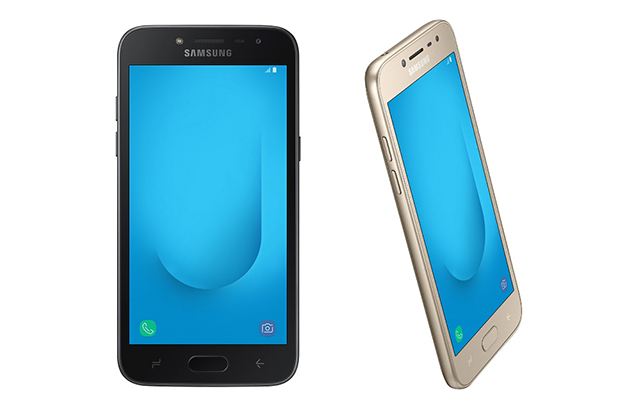 The USP of the Galaxy J2 2018 is Samsung Mall which, we have seen in the past. It supposedly uses AI to help mobile shoppers make better shopping decisions, though there is no dedicated chip performing any such tasks on the phone.

It’s basically comparing the photo you take to a database over the internet, and coming up with possible results. Using Samsung Mall, users can click the picture of any product and the app will recommend similar objects to users. The app also allows users to use pictures from other websites as well as those saved in the gallery. Using the app, consumers can browse products from multiple shopping sites like Amazon, Flipkart, Paytm Mall, Alibaba etc. and add all the products into a single cart.

To make up for the skimpy specifications, Samsung has added a “Device Management” feature which improves the performance of the Galaxy J2 2018 by optimizing consumption of resources. Another feature to beat the problem of limited internal storage is “Move to Memory Card” which automatically transfers media downloaded from social media to an external memory card.

Buyers with Jio connections can enjoy instant cashback of ₹2,750 in their MyJio account on recharging with ₹198 or ₹299. These users will also enjoy additional 10GB of data for the next 10 recharges to facilitate streaming online TV and other media on the Galaxy J2 2018.