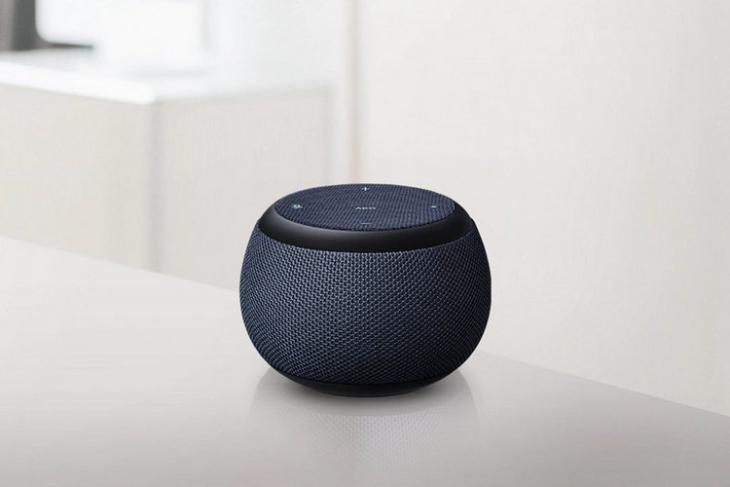 More than a year after Samsung originally announced plans to launch its Galaxy Home smart speaker with Bixby on-board, the device is yet to see the light of day. Now, however, the company may be all set to launch a ‘mini’ version of the device next week, if latest reports are anything to go by. According to TizenHelp, Samsung’s South Korean website is believed to have recently revealed that the so-called Galaxy Home Mini will go on sale for 99,00 won (around $83 / Rs. 6,000) from February 12.

The listing, however, has apparently since been taken down, although, the reason for that is not immediately clear. Either way, it seems that even if it’s unveiled next week, it will only be launched in South Korea for now, with no word on a global launch at this point. Do note that while the original, full-size Galaxy Home was announced in August 2018, the Galaxy Home Mini was shown-off last October, but neither have made their way to store shelves around the world.

Meanwhile, according to a translated version of the Korean text on Samsung’s withdrawn press release, the Galaxy Home Mini will come with AKG’s powerful 5W speakers for a 360-degree surround sound experience. It will also have “Two microphones … built-in to support speech recognition over long distances”, enabling it to “freely control various devices through voice commands through Bixby”. It will also apparently help users send and receive messages with voice commands without having to connect to a smartphone.

Alongside all of that, the Galaxy Home Mini will also apparently be able to notify users about emergency situations such as fire, smoke and gas leaks when hooked-up to an external sensor. While all of that sounds nice, it isn’t immediately clear if it will be officially unveiled at the mega ‘Unpacked’ event in New York on February 11 (Feb 12 in South Korea), where the company is expected to take the wraps off of its Galaxy S20-series smartphones.

Samsung Shows off the Galaxy Home Mini Before Official Launch