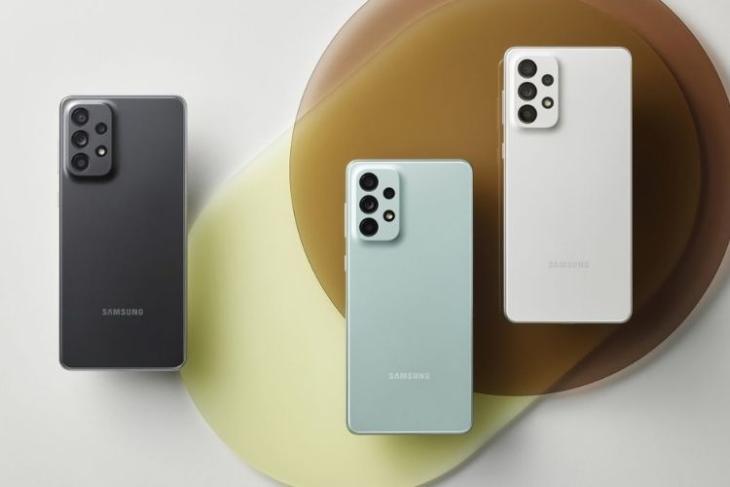 Samsung might be planning a change in its Galaxy A series. A recent rumor has emerged to hint at the discontinuation of the upper mid-range Galaxy A7 lineup, which might take shape in 2023. As a result, the alleged Galaxy A74 might not see the light of the day.

A recent report by GalaxyClub suggests that Samsung might not be planning to launch the Galaxy A74 to succeed the Galaxy A73, which ultimately means that there won’t be any Galaxy A7x phones in the future. This also means that the rumored Galaxy A54 might be the top model in the Galaxy A series.

There’s no word on why this may happen but maybe Samsung is looking to decrease the count of phone ranges it has. That said, it might leave no upper mid-range phone options for users. And, with no word on whether or not there will be a Galaxy S22 FE (it is expected to be canceled too), there might be a huge gap between the mid-range Galaxy A series and the flagship Galaxy S and Z foldable phone series. Of course, this might become a problem for Samsung, given the contender options in the price bracket1

Unless Samsung launches a new series altogether to fill the gap, or maybe, it won’t ditch the Galaxy A7 series and might just not go for the Galaxy A74 and introduce the A54.

For those who don’t know, the Galaxy A74 is expected to come with an AMOLED display with support for a 120Hz refresh rate and an in-display fingerprint sensor. It is likely to feature 50MP cameras with OIS support and be powered by the Exynos 1380 chipset. Other details are expected to be a 5,100mAh battery, an IP68 rating, and Android 13-based One UI 5.0.

Previously leaked renders show a design similar to the Galax A53 with three vertically placed rear cameras (separately this time) and a punch-hole screen. A Galaxy A34, Galaxy A24, and Galaxy A14 are also expected to launch soon.

You should know that the aforementioned is just a rumor for now and we don’t know what Samsung actually plans on doing. We should get information on this once we hit 2023 and to stay updated on the matter, stay tuned to this space.