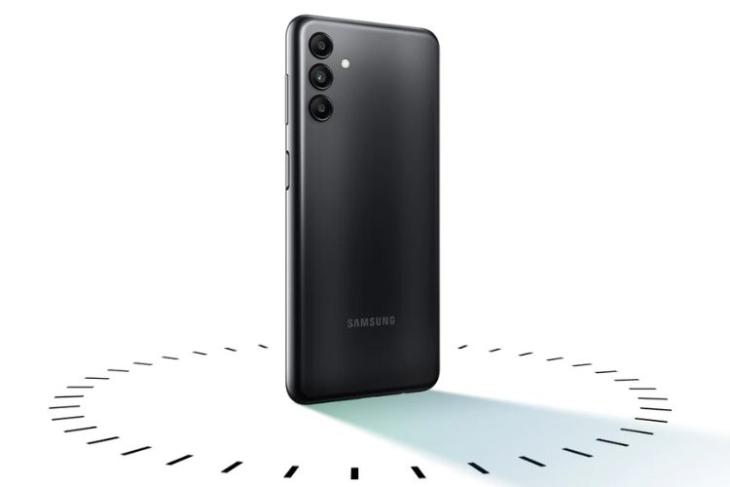 Samsung has introduced a new budget Galaxy A smartphone called the Galaxy A04s in Europe. The phone succeeds the Galaxy A03s from last year and comes with 50MP cameras, a new design, and more. Here are the details.

The Galaxy A04s has a different design from the Galaxy A03s and features three vertically arranged camera housings. It features rounded edges and comes in white, black, green, and copper colorways.

Upfront, there’s a 6.5-inch Infinity-V HD+ display with not-so-narrow bezels. The display supports a 90Hz refresh rate. The phone is powered by an octa-core SoC, presumably the Exynos 850. This is paired with up to 4GB of RAM and 128GB of storage. The storage can be expanded by up to 1TB via a memory card.

The camera department includes a 50MP primary camera, a 2MP depth sensor, and a 2MP macro camera. The front, however, features a 5MP selfie shooter, which could have been upgraded to at least 8MP, given that the phone’s successor also has a 5MP front camera. The smartphone comes with Portrait mode, FHD video recording, digital zoom (up to 10x), autofocus, and more.

The Samsung Galaxy A04s is currently listed in Finland, Denmark, and Sweden. However, there’s no word on its price as of now. Given that the Galaxy A03s falls under Rs 15,000, similar pricing is expected for the Galaxy A04s.

It remains to be seen when it will be available in India and other regions.