Skip to content
Home News Russell Kirsch, the Inventor of the “Pixel”, Passes Away at the Age of 91 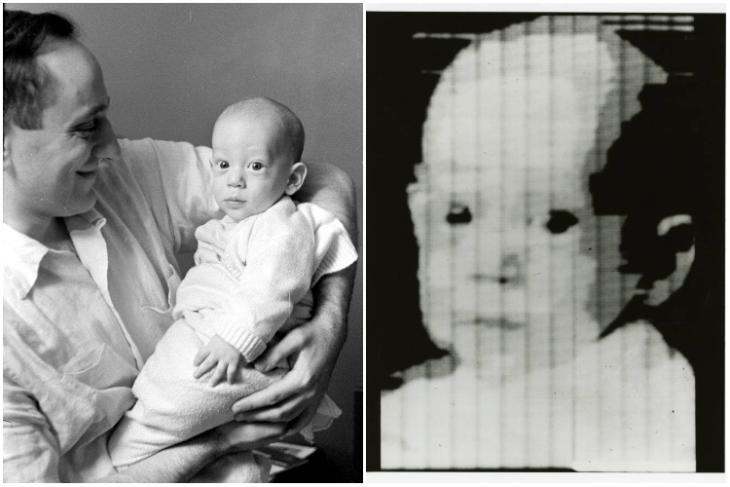 When we browse through our favorite pictures on a modern display, we stare at millions of tiny illuminated areas on the computer screen. These minute illuminated areas on a display are what we call “pixels”. And the inventor of this revolutionary technology recently passed away.

Way back in 1957, Russell Kirsch, an American Engineer of the National Bureau of Standards and his team developed the first digital photograph. As a result of that experiment, the team invented the building block of any visual information on a computer screen, i.e., the “pixel”.

So, in the year 1957, to answer his own wonderment of “what would happen if computers could see the world the way we do?”, he was working on a drum scanner at the NBS (now known as the National Institute of Standards and Technology). To test out his creation, he brought a physical photograph (below) of him and his recently born son, Walden Kirsch to the office.

With the help of his scanner and the Standards Eastern Automatic Computer (SEAC), the first programmable computer in the States, Kirsch was able to replicate the image of his son on a computer screen.

This was the world’s first digital image which led to the invention of the “pixel”. Compared to what we capture with our current “Pixel” devices, this picture was nothing. But, it was the year 1957 and nobody has seen a picture on a computer screen, not even a 176 x 176 image like this one.

So, following the experiment, Kirsch and his team published a paper about it in 1957 titled “Experiments in Processing Pictorial Information with a Digital Computer”. You can check out the research paper on the official website of the Computer History Museum.

However, the biggest problem at the time was storage. Computers, back in those days, could not hold much information, and hence Kirsch could replicate only the face of his baby, instead of the entire picture.

Now, according to recent reports, the revolutionary engineer and computer scientist died at the age of 91 in his house in Portland. According to his son, the cause of Kirsch’s death was frontotemporal dementia.

So, three cheers for the man who made it possible for us to see content on our computer screens. You now live in the millions of “pixels” as well as in our hearts.