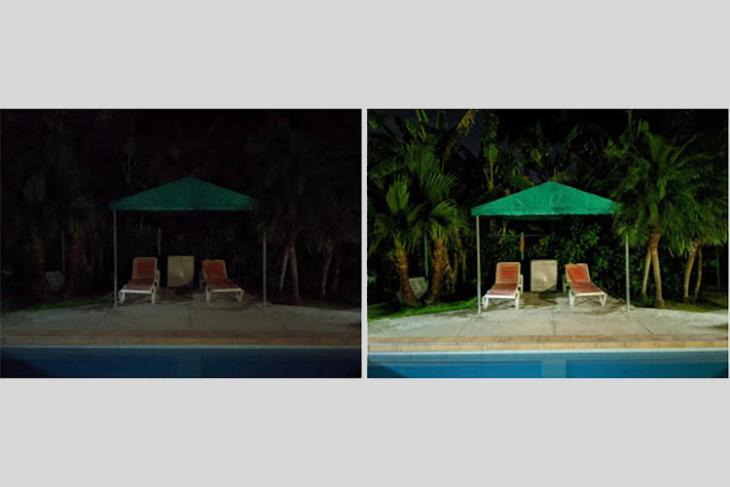 The device supports HDR+, which makes for clear photographs with decent details in the shadows without washing-out or overexposing the brightly-lit areas, as can be seen from the outdoor shots below. The published camera samples also include portrait mode samples from both the front and rear cameras, and the software seems to be doing a decent job of detecting edges and unruly hair without looking too artificial.

Overall, the colors look vibrant without being over-saturated, there are no visible chromatic aberrations and noise levels are at a minimum even in dimly-lit indoor scenes. The zoomed-in macro shots also seem to capture a striking amount of details for what is, after all, digital zoom on mid-range imaging hardware. The most impressive shots, however, are the ones that capture the starry night skies using the Astrophotography mode that was originally introduced with the Pixel 4 last year. The images seem to have a great deal of details with nary a hint of noise.

The front camera takes some nice shots as well, with the report actually suggesting that they may be in line with selfies from the Pixel 4. Either way, do note that the Pixel 4a used to take the aforementioned images was running a pre-release firmware build, although it did have the latest version of the Google Camera app (v7.3.021.300172532). You can check out all the photos in full resolution by downloading them from Google Photos (Courtesy: XDA and Julio Lusson).