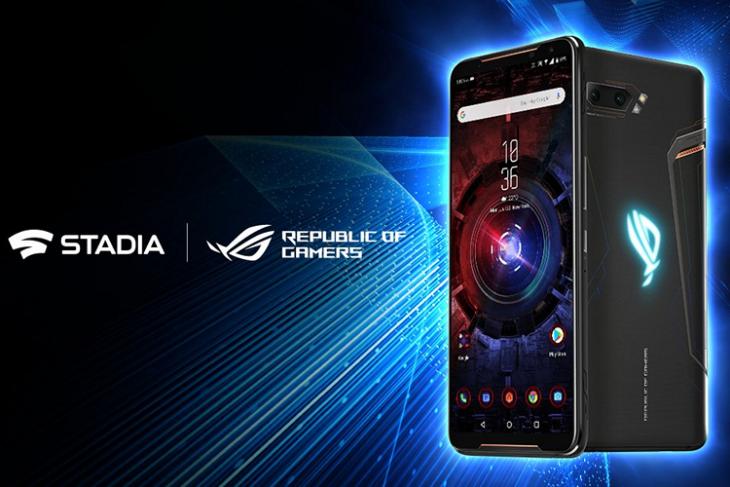 Google has reportedly partnered with Asus to pre-install Google Stadia on the upcoming ROG Phone, possibly the ROG Phone 3. The report comes just a couple of days after Google Stadia’s compatibility got expanded to a list of Samsung, Asus, and Razer devices.

The decision to preload Google Stadia is part of the partnership between Asus and Google valid until 2021. The Stadia partnership is limited to Belgium, Canada, Denmark, Finland, France, Germany, Ireland, Italy, Netherlands, Norway, Spain, Sweden, United Kingdom, and the United States.

Stadia was launched last November with 22 titles including Assassin’s Creed Odyssey, Destiny 2: The Collection, Rise of the Tomb Raider, Red Dead Redemption 2, and more at a price tag of $9.99 per month. By the time the next ROG Phone gets launched, Google is expected to roll out its Stadia Base tier that offers free 1080p resolution gameplay at 60FPS.

Notably, Asus is the first gaming-centric brand to make a partnership with Stadia. It remains uncertain if Stadia’s partnership is exclusive to Asus or we could be seeing other gaming phone makers onboard with similar partnerships.

Neither Google nor Asus has provided more information regarding the partnership and hence, we will have to wait to see how things turn out. We could be seeing similar partnerships from other gaming smartphone makers like Razer, Xiaomi, and Nubia with Stadia (if it is not exclusive to Asus) or other cloud gaming platforms in the future.

For now, not much is known about the upcoming ROG Phone that will succeed the ROG Phone 2. Of course, it will come equipped with the recently announced Qualcomm Snapdragon 865 chipset along with top-notch specifications and a slew of gaming accessories.