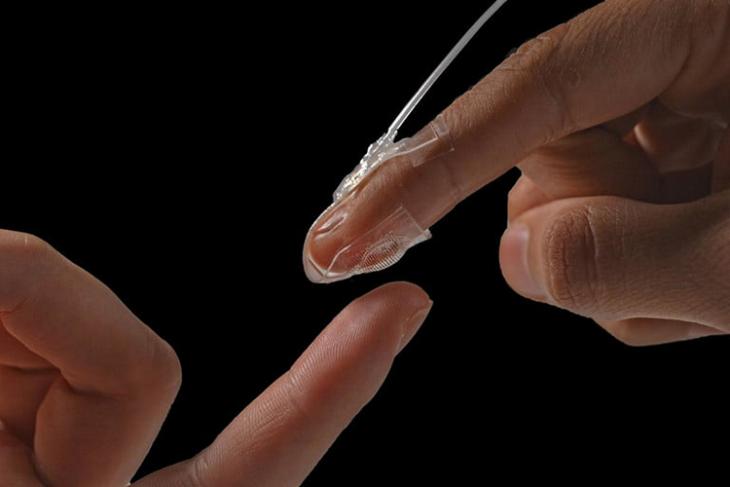 Researchers at the Swiss Federal Institute of Technology Lausanne (EPFL) have developed an artificial skin capable of giving haptic feedback. The skin is made up of silicone & electrodes and it is aimed to suit multiple use-cases.

Sensors are embedded in the skin and these embedded sensors are used to track the movements so that appropriate real-time feedback can be provided based on it. This could help a lot for getting an intuitive experience in VR gaming. “This is the first time we have developed an entirely soft artificial skin where both sensors and actuators are integrated,” says Harshal Sonar, a researcher at EPFL.

The applications for artificial skin is not limited to gaming. In fact, it can be put to use in significant fields like healthcare. “This gives us closed-loop control, which means we can accurately and reliably modulate the vibratory stimulation felt by the user. This is ideal for wearable applications, such as for testing a patient’s proprioception in medical applications.”, told Mr. Sonar in a statement.

Interestingly, this artificial skin can be stretched up to four times its original length for up to a million cycles. Cool, right? This basically enhances the usability of the artificial skin technology in real-life scenarios.

As of now, the scientists have tested artificial skin as a wearable tech for fingers. “The next step will be to develop a fully wearable prototype for applications in rehabilitation and virtual and augmented reality. The prototype will also be tested in neuroscientific studies, where it can be used to stimulate the human body while researchers study dynamic brain activity in magnetic resonance experiments.”, said Sonar.

If you’re interested to know in-depth information regarding the working principles of the technology, check out the research paper that got published in Soft Robotics journal here. So, what are your thoughts on artificial skin? Tell us in the comments.