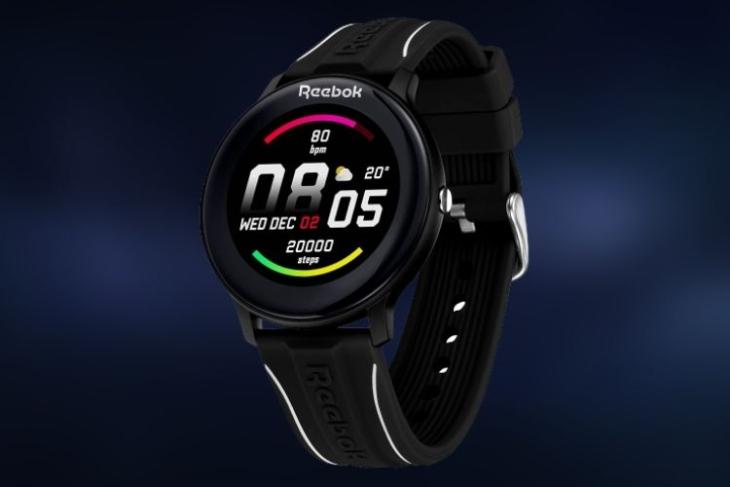 Citing the potential of the ever-growing smartwatch market, Reebok has debuted its first smartwatch, the Reebook ActiveFit 1.0, in India today. The smart wearable from the sportswear giant will compete against some of the big players in the market like Realme, Amazfit, and Noise and brings various health and fitness-focused features at an affordable price. Let’s take a look at the details.

The Reebok ActiveFit 1.0 smartwatch is a health and fitness-tracking smart wearable, rocking a sporty look. It has a circular dial and comes with the company’s “spindrop straps” that are flexible silicon straps, offering comfortable wear during sporting activities. The wearable also comes with an IP67 rating for water and dust resistance.

Now, coming to the display, the Reebok ActiveFit 1.0 features a 1.3-inch HD display with touch support for navigation and interaction. The device, when connected to a smartphone via Bluetooth and its companion app, offers various features like calls and messages notifications, camera controls, music playback controls, and even built-in games. Users can also switch between multiple watch faces to match their style.

As for the health and fitness features, the ActiveFit 1.0 comes with a SpO2 sensor for blood oxygen monitoring and a heart-rate sensor for continuous heart rate tracking. It also comes with sleep and menstrual cycle tracking features as well as support for meditative breathing. In the fitness department, the smart wearable offers 15 different sports modes, including running, yoga, skipping, football, workout, and others. Plus, it has a built-in pedometer to measure step counts and a calorie-burn tracker.

With regular usage, Reebok claims that the device can deliver up to 15 days of battery life on a single charge. The device runs on the Android platform out of the box and comes in four color variants – black, blue, navy blue, and red.

Reebok launched the ActiveFit 1.0 smartwatch in the budget category, and it comes at an affordable price of Rs 4,499 in India. It is currently available to buy on Amazon India. However, it is worth mentioning that Amazon is currently offering the device at a discounted price. So, the above price might go up to Rs 7,499 once the offer ends, which is in four days.

So, if you are in the market for an affordable fitness smartwatch, you can check out the Reebok ActiveFit 1.0 on Amazon. Also, let us know your thoughts about the device in the comments below.