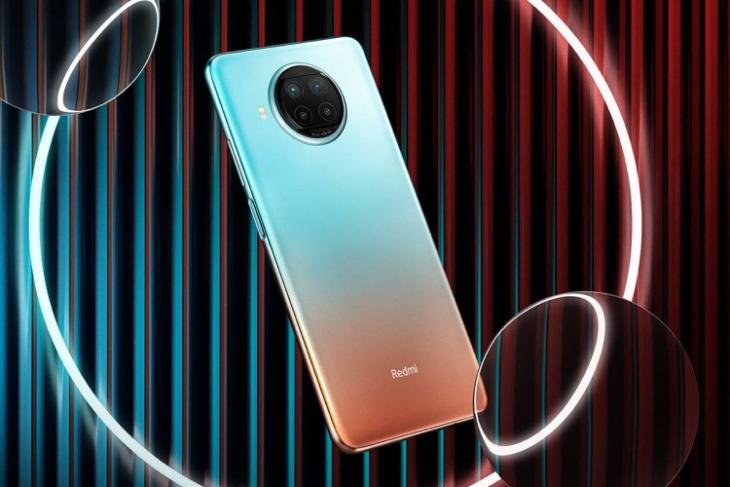 Xiaomi first launched the Redmi Note 9 series in India back in March earlier this year. It is only now making its way to China but boasts totally different design and internals. Initial leaks and teasers suggested Redmi Note 9 Pro 5G will be a rebadged Mi 10T Lite (unveiled in Europe in October) with minor upgrades. The major specs for the Redmi Note 9 Pro 5G have surfaced online today and they are in line with the leaks.

The company has confirmed two key specs of the Redmi Note 9 Pro 5G for China. It will be powered by the Snapdragon 750G chipset – the same as the Mi 10T Lite. Also, you will find a 108MP primary sensor in the circular camera module on the rear. Redmi talks about how it upgraded to a 48MP sensor with Note 7 series and the Note 8 series featured a 64MP sensor.

We can certainly expect to see a 108MP camera on the Note 9 5G series. It will be an upgrade over the 64MP primary camera present aboard the Mi 10T Lite. The leaked memo (attached here) doing the rounds of the Internet also suggests the same. 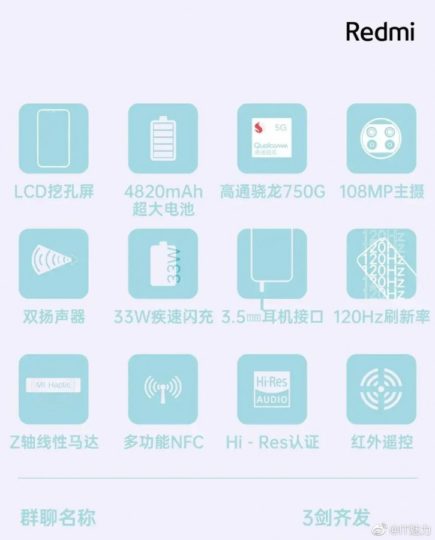 Apart from the chipset and camera, the memo reveals that Redmi Note 9 Pro 5G will come equipped with an LCD display (possibly, 6.67-inch Full-HD+) with a 120Hz refresh rate. The device will support a 4,820mAh battery with 33W fast-charging. And the usual suspects NFC, 3.5mm headphone jack, Z-axis linear motor, and more are also present in tow here.

The standard Redmi Note 9 5G has also shown up online via Geekbench today. It will be powered by the MediaTek Dimensity 800U chipset, coupled with 8GB RAM.

Finally, in the poster attached below, Xiaomi has confirmed that it will be launching three Redmi Note 9 devices – Note 9, Note 9 Pro, and Max variants? That’s not all though. 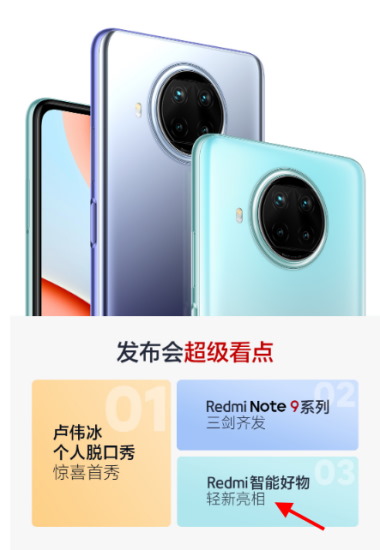 The poster mentions the arrival of a Redmi smart product as well. And we speculate that it may be the long-rumored Redmi Watch (or Mi Watch Lite, for global markets). Redmi GM Lu Weibing had hinted at the Redmi Watch launch earlier this year, expanding its fitness and wearable portfolio.

The Redmi Watch has already shown up online (via GizmoChina) with model number REDMIWT01. The Mi Watch Lite also bagged certification recently and carries model number REDMIWT02. We also know some of the key specs of this smartwatch. It will feature a 1.4-inch HD square display with an auto-brightness feature, heart rate sensor, built-in GPS, water-resistance up to 50 meters, and a 230mAh battery.

So yeah, the Redmi Note 9 5G series launch event set for 26th November in China will be quite eventful.

Redmi Watch Launched in India with GPS and 10 Day Battery Life at ₹3,999

Redmi Watch Rumored to Launch on August 14 in China