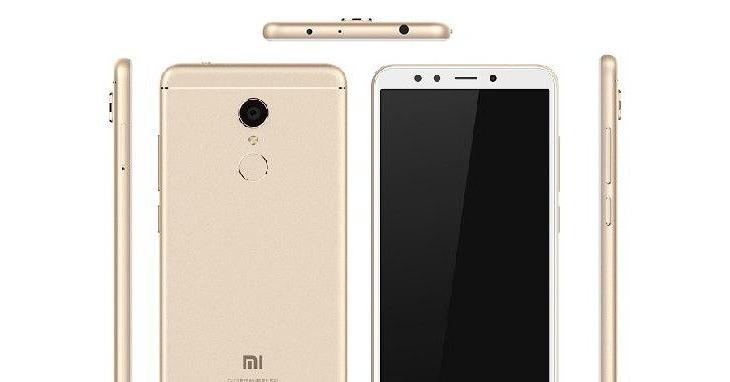 If you had been waiting for the specifics of Redmi Note 4’s much-awaited successor, then you’re in for a treat today. The Redmi Note 5 has been leaked in all its glory by China Telecom, who listed the device on their website. Through the listing was instantly pulled down, we have not only gained access to official press renders and specifications but also the pricing and availability for the Redmi Note 5. So, let us take a closer look at what the Redmi Note 5 has to offer.

The official press renders completely falls in line with previously leaked images. Redmi Note 5 will bring along the trendy new 18:9 display to its budget lineup but that might be one of the only major highlights of this device. The listing of the Redmi Note 5 further suggests that it will include a 5.7-inch HD+ LCD screen, with a resolution of 1440 x 720 pixels. This is highly unexpected and I am not really sure if it’s true, considering even the Redmi Note 4 has a Full HD display. So, take this with a pinch of salt. 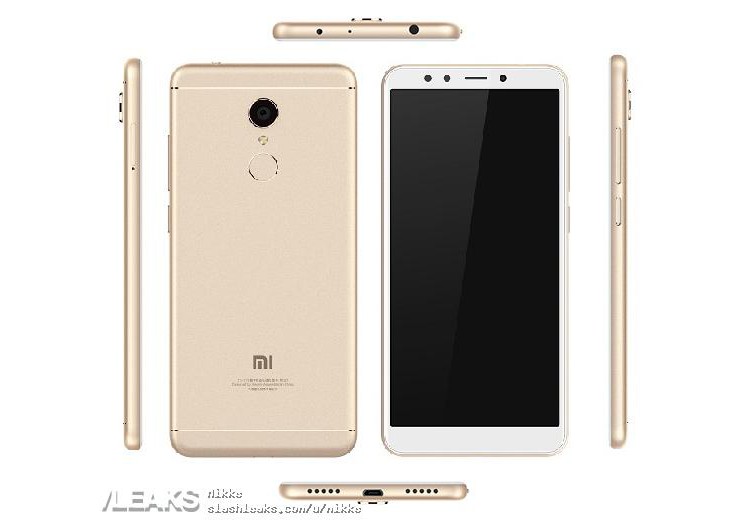 As for the internal specifications, the Redmi Note 5 will be powered by the Snapdragon 625 and Snapdragon 626 depending on their exact series. There is not much real-world performance difference between the two octa-core chipsets that’ll be clocked at 1.8Ghz. It will feature 4GB of RAM and 64GB of onboard storage, along with a 3,300 mAh battery pack.

Xiaomi has finally also reduced the bezels on their Redmi series by removing the physical navigation keys, which gives the Redmi Note 5 a more elegant look. It has maintained its usual camera and fingerprint sensor on the rear, along with the unibody metallic build (as seen in the render above). The device, according to the listing and renders, will include a 12-megapixel rear camera with dual-LED flash (just above its fingerprint sensor) and only a 5-megapixel selfie snapper. This is another major disappointment as we were expecting to see a dual-lens setup on the Redmi Note 5.

The Redmi Note is expected to be made available for purchase in the Chinese market on December 10 for 1,399 yuan (~₹13,500). It’ll be running Android 7.1.1 Nougat with the company’s own MIUI 9 on top, meaning the Redmi Note 5 will bring a whole load of new features and customizations in tow. There is currently no word on the India launch of the device.

This is definitely reminiscent of what we’ve already seen on the Redmi Note 4 and I’m into the build quality as I own the Redmi Note 3 myself. But, once you add up the build and the lousy specifications, the Redmi Note 5 could be a disappointment in the making. Even their Chinese counterpart, Honor, is offering better specs and looks around the same price with the Honor 7X. So, it is possible that Honor and Xiaomi might go head-to-head for the crown of the budget segment. What is your opinion on Redmi Note 5?