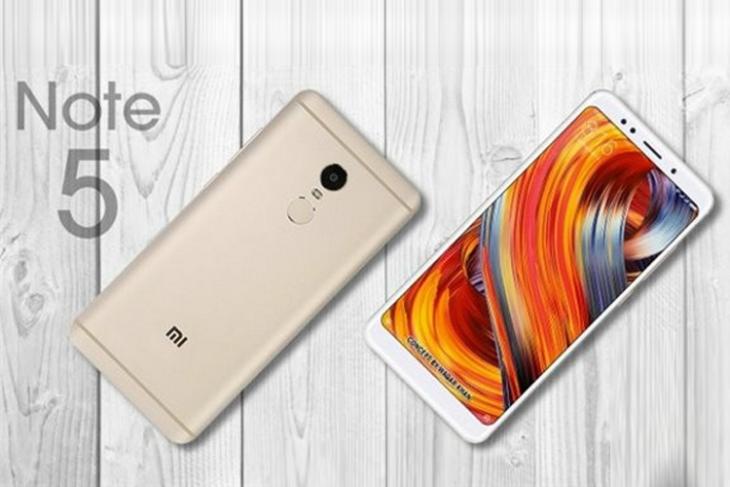 With Redmi Note 4 being crowned the best-selling smartphone in India, our expectations for its much-awaited successor are growing high by the minute. We already know that the Chinese giant plans to release the Redmi Note 5 with an 18:9 screen but if the specs sheet suggested by the leaks turns out to be true then we could be facing a disappointment.

Thanks to the leaked real-life images of the Redmi Note 5, with the settings page open, we have gotten a closer look at the device’s rumoured specifications. And it seems Xiaomi has decided to stick to the older-gen Snapdragon 625 processor, which has already been integrated into three of its previous phone releases. This decision could prove to be a major barrier to the adoption of this new device as users have already complained about Xiaomi’s continued use of this processor.

This decision could prove to be a major barrier to the adoption of this new device as users have already complained about Xiaomi’s continued use of this processor.

I can’t really understand why Xiaomi is choosing to stick with the outdated Snapdragon 625 chipset. It could be because Xiaomi has optimized their software for the said processor and still needs time to adapt to an upgraded variant. But, the decision to use the same chipset, without any substantial changes, for all of its budget smartphone launches is nothing short of surprising on Xiaomi’s part.

In addition, Xiaomi may double your disappointment factor by not adopting another major trend with the Redmi Note 5. I’m talking about the rear camera, which several leaks now suggest is going to be a single lens as compared to the dual-lens setup that has been featured by its competitors.

I’m talking about the rear camera, which several leaks now suggest is going to be a single lens as compared to the dual-lens setup that has been featured by its competitors.

We did hear chatter about a dual-lens setup but even the TENNA certification suggests that Redmi Note 5 may sport a single snapper, not living upto the standards of its users. Xiaomi is majorly known in the phone community for offering the bang of the buck but that crown may soon be snatched away by competitors such as Honor, who’s making waves with the launch of its Honor 7X device. Honor 7X is not only powered by its parent company’s octa-core Kirin processor but also includes the new FullView display and dual-lens rear snapper for portrait shots.

If the rumoured specifications are in fact true, which I hope they actually aren’t, the brand new 18:9 display would not be able to compensate for the lack of a better processor and camera in the Redmi Note 5. This simply means that the next budget device from Xiaomi may not be able to achieve the tag of the best-selling smartphone. I’m eagerly waiting to check out what the Redmi Note 5 really brings in tow. What about you? Are you frustrated with Xiaomi for sticking to the Snapdragon 625? Let us know in the comments down below.