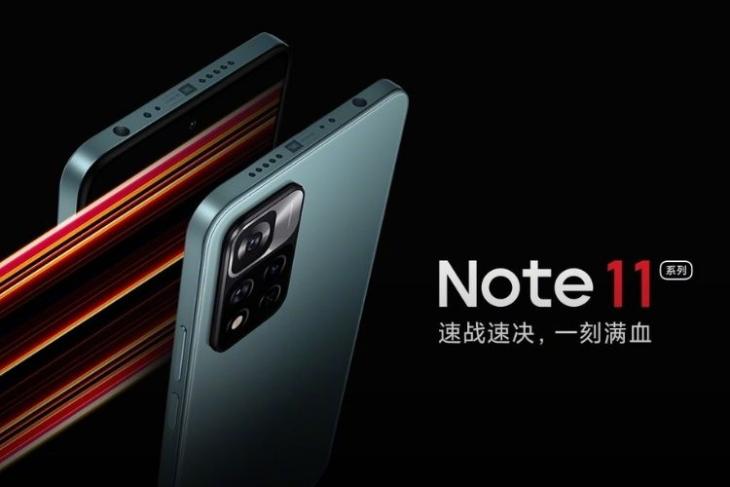 After launching the Redmi Note 10 series earlier this year, Xiaomi has now announced the launch date for its next-gen Note series in China. Dubbed the Redmi Note 11 series, the devices will be officially launched on October 28 and feature a high refresh rate display, quad-camera system, 5G connectivity support, and more.

As you can see, Xiaomi went ahead with a boxy design for its next-gen Note devices. The image shows that the Redmi Note 11 devices will feature a center punch-hole camera at the front, a 3.5mm headphone jack, an IR blaster, and JBL-tuned speakers, and the power button and the volume rockers on the right edge. There is also a quad-camera module at the back of the device.

The company will also unveil the Redmi Watch 2 alongside the Redmi Note 11 series, as you can see in the teaser image below:

Now, coming to the key specs and features of the upcoming Redmi Note 11 series, they are rumored to pack Dimensity chipsets, 120Hz displays, and various other premium features.

As per a Chinese tipster, the standard Redmi Note 11 will feature a 120Hz IPS LCD panel. Under the hood, it will reportedly equip the MediaTek Dimensity 810 chipset and a massive 5,000mAh battery with support for 33W fast charging.

The Redmi Note 11 Pro and the Pro+, on the other hand, will pack OLED displays with support for a 120Hz screen refresh rate. They are also rumored to pack the higher-end MediaTek Dimensity 920 chipset that was announced alongside the Dimensity 810 earlier this year. These chipsets come with built-in 5G support, so it is evident that the Redmi Note 11 series will support 5G connectivity. The company will reportedly release three configurations of the Note 11 Pro and Note 11 Pro+ – a 6GB + 128GB variant, an 8GB + 128GB variant, and an 8GB + 256GB variant.

Furthermore, the Pro and Pro+ models are rumored to come with a 5,000mAh battery with support for 67W and 120W fast charging respectively, as opposed to the slower 33W fast charging speeds on the standard Redmi Note 11.

Now, not much is known about the cameras as of now, the standard Redmi Note 11 is rumored to feature a 50MP primary sensor at the back. The Note 11 Pro and 11 Pro+ models, on the other hand, will feature a 108MP primary lens at the back. As for the selfie camera, all three variants of the Note 11 series are rumored to have a 16MP selfie snapper.