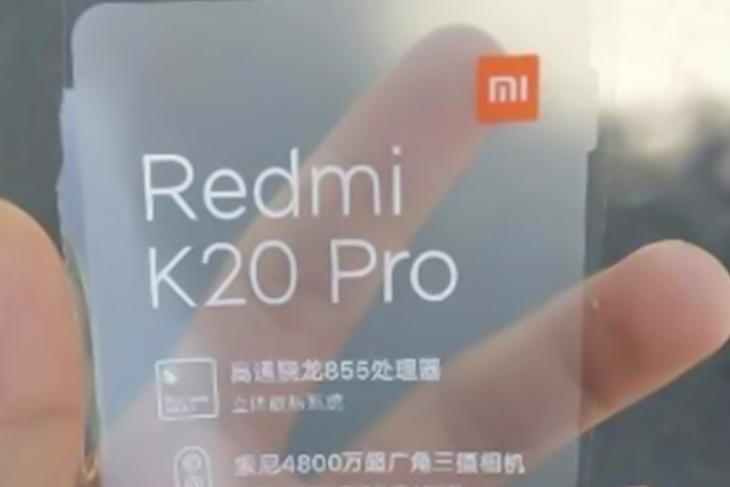 Redmi has long been rumored to be launching a new flagship smartphone, the existence of which was recently confirmed by the company’s VP Lu Weibing, and later by the way of an official teaser showing off a phone with a pop-up camera. Now, thanks to a new leak about the device, it looks like the name of the upcoming phone will be Redmi K20 Pro.

The information comes from Weibo, where a purported image of the upcoming flagship’s display sticker has been leaked. The sticker clearly states the name of the phone to be the Redmi K20 Pro, and the specs mentioned underneath are decidedly flagship specs.

According to the leak, the Redmi flagship will come with a Snapdragon 855 processor, along with a 48MP sensor on the reear. It’s unclear if the company will opt for the Sony IMX586 or Samsung’s Bright ISOCELL GM1 sensor for this phone. The sticker also mentions that there will be a 20MP selfie shooter on the phone.

Other than that, if the leak is accurate, the Redmi K20 Pro will come with a 6.49-inch AMOLED display, and will be powered by a 4,000 mAh battery.

It goes without saying that you should take this information with a pinch of salt, since this is just a leak, and nothing concrete has come up to actually confirm these details. We’ll just have to wait for Redmi to launch the phone, or for more leaks to come up and corroborate these specifications for the phone.