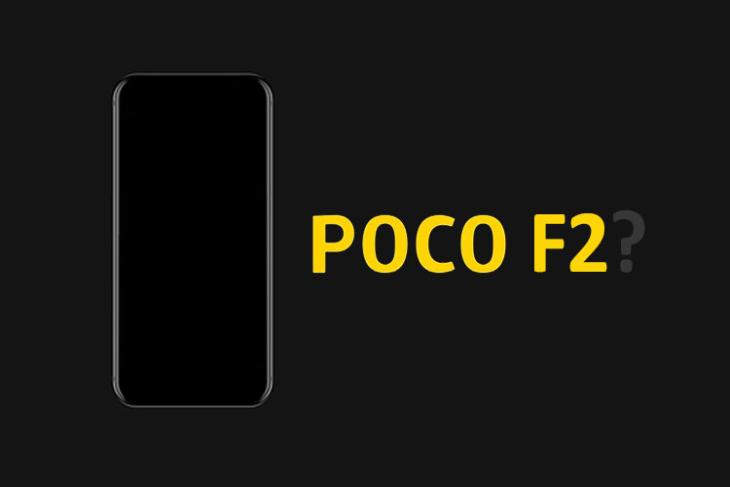 Chinese smartphone manufacturer, Xiaomi, has been rumored to be launching a Redmi series smartphone with a flagship Snapdragon 855. Now, Xiaomi’s VP Lu Weibing has confirmed on Weibo that a Redmi device with a Snapdragon 855 is indeed coming — that’s pretty exciting stuff.

Weibing took to Weibo to confirm the existence of a Snapdragon 855 touting Redmi smartphone in a post, and even said that it’ll be a device “worth waiting for” (we’ve translated Weibing’s posts with Google Translate).

While we weren’t really wondering whether a Redmi phone with a Snapdragon 855 would be worth waiting for (it obviously is), Weibing also confirmed a bunch of extra details about the upcoming smartphone. He said that the device will have a “higher screen ratio”, a “better camera”, “longer battery life”, and “stronger performance”.

The part that interests us the most, is that a Redmi smartphone with the Snapdragon 855 might be perfectly suited to be launched as the Poco F2 in India. After all, it does come with the latest flagship processor that Qualcomm has to offer, and we are expecting a higher screen to body ratio on the Poco F2 anyway.

While there’s not a lot of information about the Poco F2 as of now, not reliable information anyway, judging by the Poco F1, and the huge success it has been for the company, it’s obvious that Xiaomi will definitely bring in some improvements to the F1 and make it an even more attractive offering for 2019. We’re expecting RAM and Storage variants of up to 8GB and 256GB, but who knows, maybe Xiaomi surprises us all with a 10GB RAM variant as well. We are also expecting Xiaomi to keep the headphone jack intact on the Poco F2, which would definitely be a welcome move.

So, are you hyped for the Poco F2? I mean, obviously you are, but let us know what you think the spec-sheet will look like, and more importantly, what price are you expecting the phone to be launched at?