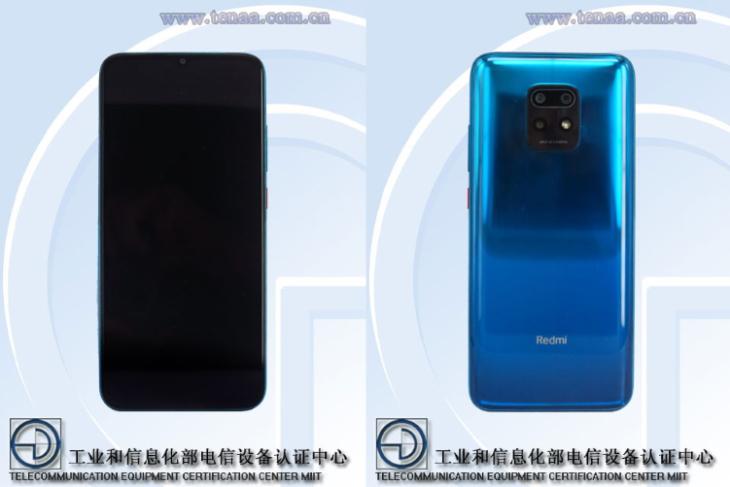 Redmi launched its first 5G phone, the Redmi K30 5G, towards the end of last year. The company has since updated this device with the new Snapdragon 768G chipset. But now, it looks like Redmi is gearing up to launch another affordable 5G phone powered by a MediaTek Dimensity 800 series chipset.

A 5G-enabled Redmi phone with the model number M2004J7AC has been listed on China’s regulatory body TENAA’s website. The listing not only gives us a first look at this Redmi device but also confirms some of its key specifications. This device packs a waterdrop notch display, a triple rear camera housed in a square module, and a shiny Note 9-style rear panel.

Talking about the specifications, this device is rumored to feature a 6.57-inch Full-HD+ OLED display with a 1080 x 2400 resolution and 20:9 aspect ratio. Yeah, an OLED display but it doesn’t say whether it supports a higher refresh rate or not. The Redmi Note 9 series served a major disappointment in comparison to the Poco X2 or Realme 6.

This upcoming Redmi phone is said to be powered by an octa-core chipset clocked at 2.6GHz. The listing does not name what chipset it is but its specs match the MediaTek Dimensity 1000 chipset. However, reliable tipster ‘Digital Chat Station’ on Weibo says that it’s the unannounced MediaTek 820 5G chipset. The company is rumored to take the wraps off this new chipset on 18th May next week.

In the camera department, this Redmi phone will feature a triple camera setup helmed by a 48MP primary sensor. The details for the other two sensors are unknown but we can expect them to be an ultra-wide-angle and macro lens. There will be a 16MP selfie snapper on board as well.

Also, this smartphone is expected to include up to 8GB of RAM, up to 64GB of built-in storage, and a 4,420mAh battery. You will also find an in-display fingerprint scanner (thanks to the OLED display), a 3.5mm audio jack, and a USB Type-C port onboard as well.

The rumor mill further suggests this 5G phone will be Redmi Note 10 but we saw the Redmi Note 9 series debut only a couple of months ago, so we suggest you take this with a grain of salt.