Skip to content
Home News Redmi 10X Will Be the World’s First Dimensity 820-Powered Phone; Launches on May 26 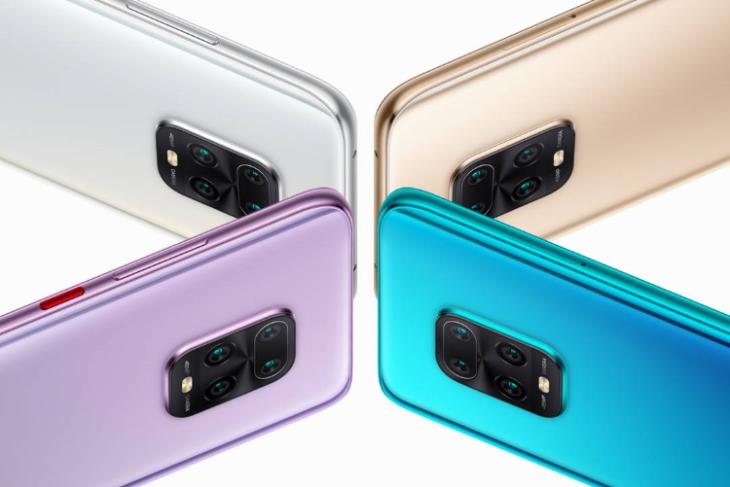 Xiaomi is getting back into the groove, launching new products in quick succession. It was only recently that you saw Redmi Note 9 and Mi 10 Lite Zoom Edition make their debut. And now, the Chinese giant is all set to unveil a new Redmi smartphone on 26th May. Called the Redmi 10X, it will be the world’s first smartphone to be powered by the MediaTek Dimensity 820 chipset.

At the Dimensity 820 launch event, MediaTek revealed that Redmi 10X would be the first smartphone to be powered by its latest 5G chipset. Redmi did not waste any time and shared the official launch date, along with teaser posters, on its Weibo channel. Here, you can take a look at the teasers attached below: 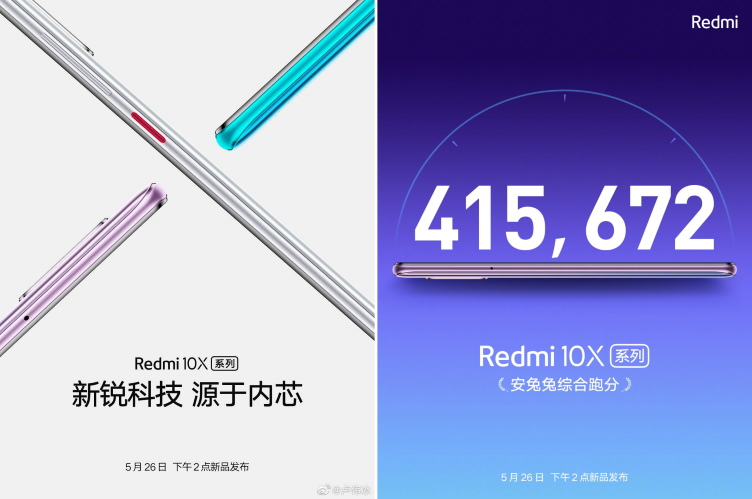 Redmi has also shared the Dimensity 820 AnTuTu benchmark score, which sits at 415,672 points. The chipset surpasses the AnTuTu scores of the Snapdragon 765G by a substantial margin. It even steps foot into Snapdragon 855’s territory, which scores over 440,000, for instance. Rumors suggest that Redmi 10X will also have up to 6GB RAM and 256GB of built-in storage.

The Redmi 10X render in the teasers is in line with a device that was recently spotted at TENAA. A number of key features of this device are already out in the open ahead of its launch. The device will sport a quad-camera setup housed in a square cutout on the rear. Also, it will be helmed by a 48MP sensor, as inscribed next to the LED flash.

We can also guess that Redmi 10X will feature an OLED display on the front. I say this because we cannot spot any physical fingerprint sensors – either on the rear or on the edge. So, the sensor will reside under the display and we need an OLED display for that – at least for now.

Not much else is known about the Redmi 10X at the moment, except for the fact that there will be a Pro variant of this device as well. The non-Pro variant will most likely feature only a 48MP triple camera system as opposed to the quad-cameras on the Pro variant.

The company will reveal some of Redmi 10X’s key features via teaser posters in the days leading up to the launch. So, stay tuned and return back for more information.