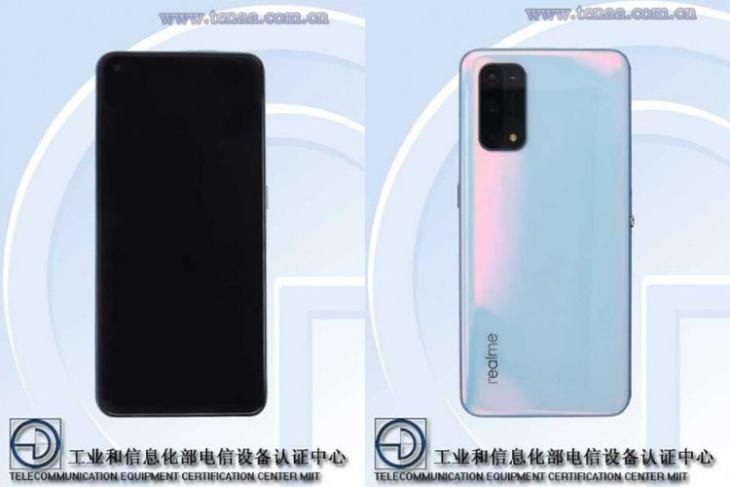 Realme is set to launch the Realme X3 series, including the vanilla Realme X3 and X3 SuperZoom, in India next week. We already have an idea about what these devices will bring in tow. But, it seems like the Chinese giant is not done with the lineup just yet. A new Realme device was today spotted on TENAA and it is speculated to be the Realme X3 Pro.

This Realme device carries the model number RMX2121. The listing gives us a sneak peek at this device. It includes a punch-hole cut-out at the top left on the front and a rectangular camera cut-out on the rear. The camera cut-out resembles the Vivo Y50 that was unveiled in China back in April this year.

The TENAA listing also reveals some of the key specifications for the Realme X3 Pro. You will find a 6.5-inch AMOLED display on board as there’s no physical or side-mounted fingerprint sensor visible in the render above. The fingerprint sensor will be housed under the display. We don’t know if it will be a higher refresh rate or not.

The dimensions of the device are 160.8 x 75.2 x 8.5mm and it is said to include a dual-cell battery of 2,200mAh capacity each. This means you will find at least 4,400mAh battery pack in Realme X3 Pro, along with 50W SuperDart charging in tow. This fast-charging uses a dual-cell battery and juices them simultaneously.

Prior to the TENAA listing, we saw an AnTuTu benchmark listing for this device find its way online. It scores over 600,000 in the benchmark test, which reveals the chipset that will run the show under the hood. It will be powered by the Snapdragon 865 chipset and have UFS 3.1 storage onboard for faster file transfers. Realme X3 Pro will run Android 10 with Realme UI on top.

Realme hasn’t officially shared anything about the Realme X3 Pro. So yeah, we have to wait and see if the company talks about its next flagship soon or not.