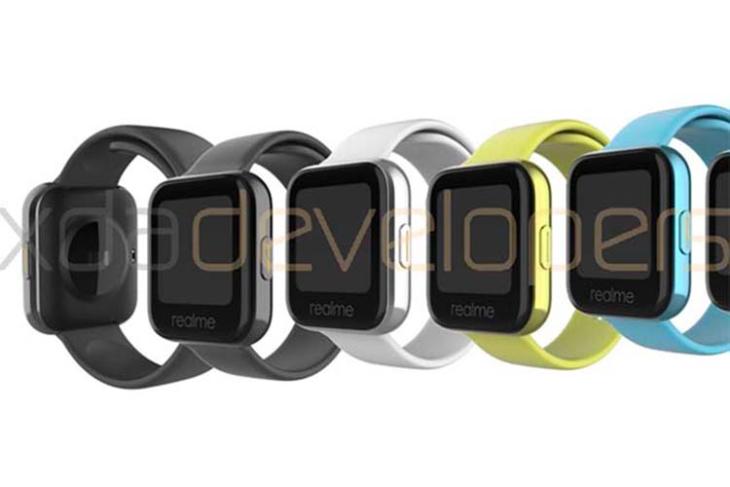 We have expected Realme to launch a smartwatch for quite some time now, and the company’s CEO Madhav Sheth even teased the device in an episode of AskMadhav. In that particular video, we could only see that the Realme smartwatch is a square-shaped device, we now have a lot more information about the watch, thanks to XDA Developers.

The developer behind the popular Lawnchair launcher reportedly shared a bunch of renders and screenshots of the Realme Watch with XDA Developers, and well, it looks pretty much like what we knew it would look like.

The report also mentions some key specifications about the watch, including the fact that it will have a 1.4-inch TFT LCD display with a 320×320 resolution. The watch will be powered by a 160mAh battery, which should last around 7 days with heart rate monitoring turned on. Moreover, the Realme Watch will come with an IP68 rating and support for Bluetooth 5.0.

Also mentioned in the report is the absence of wearOS in the smartwatch. Realme will apparently use a proprietary OS that will likely not be as powerful or feature-rich as wearOS.

As far as features are concerned, screenshots obtained by XDA suggest that the watch will come with all the standard features including step tracking, heart rate monitoring, stopwatch, timers, and other watch-related functions, and a find my device function as well. It will also feature support for measuring blood oxygen levels, according to the leaked screenshots.

There is still no information about a possible release date for the smartwatch, or the price it will be launched at, but it’s safe to say Realme will likely compete against offerings from Amazfit.