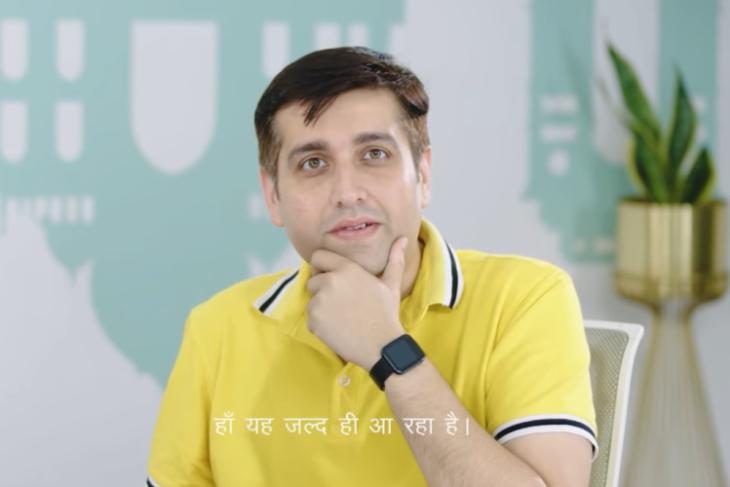 Realme has been talking up the launch of its smartwatch for quite some time now. The company teased that it’s coming soon at the recent Realme 6 Pro launch and well, now we’ve got a first look at the Realme smartwatch.

In the latest episode of #AskMadhav, where Realme India CEO Madhav Sheth answers questions from fans, he gave us a sneak peek at the upcoming Realme smartwatch. He can be seen sporting the square-shaped smartwatch on his wrist during the entirety of the video.

No specific product details for the smartwatch were disclosed but you can see a huge bezel at the bottom. It will feature a signature yellow-color indent in the power button. That’s pretty much everything we know about the smartwatch for now.

Apart from the smartwatch, Sheth also talked about a new colorway for a device that was unveiled recently. The Realme 6 Pro promo video, if you recall, also showed off a Purple color variant but it wasn’t made available in India. A lot of eagle-eyed fans pointed it out to the company and demanded an answer to whether it’s coming or not. 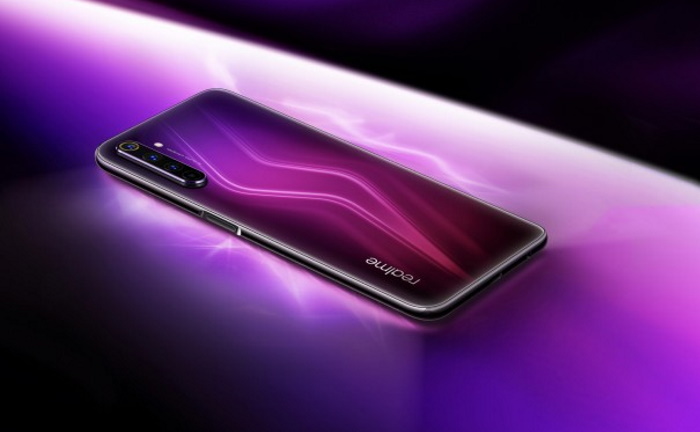 Talking about the new Lightning Purple colorway for the Realme 6 Pro, Sheth states, “This was a surprise, actually for you guys, and you were pretty smart to pick it up from the video. Yes, it is coming soon.” So yeah, we can expect to see the company make the new purple color variant available after things settle down in India.

In addition, the video also revealed that Realme is working to bring more watch faces for its fitness band. There’s also the possibility of music controls, a much-requested feature, and new straps to become available for the band in the near future. And you may already know that Realme TV and Bluetooth speaker are in the works as well.