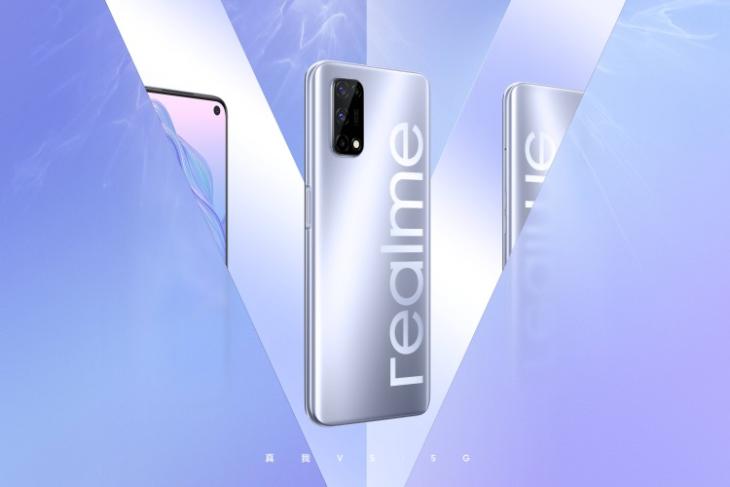 [Original content | July 23, 10:52 AM] – After teasing the arrival of a new smartphone on Weibo over the past week, Realme has teased its new mid-range V-series today. The first smartphone in this lineup will be the Realme V5 5G. The company has shown off its design and is expected to launch the V5 in China within the next couple of weeks.

The company took to Weibo to share photos of the phone from different angles. You can see below that the device will most likely feature a matte finish with a massive Realme branding – similar to Narzo 10A – on the rear. A subtle look would go a look way instead of this intimidating logo placement. The Realme V5 5G looks very similar to the Honor 30 from the rear. 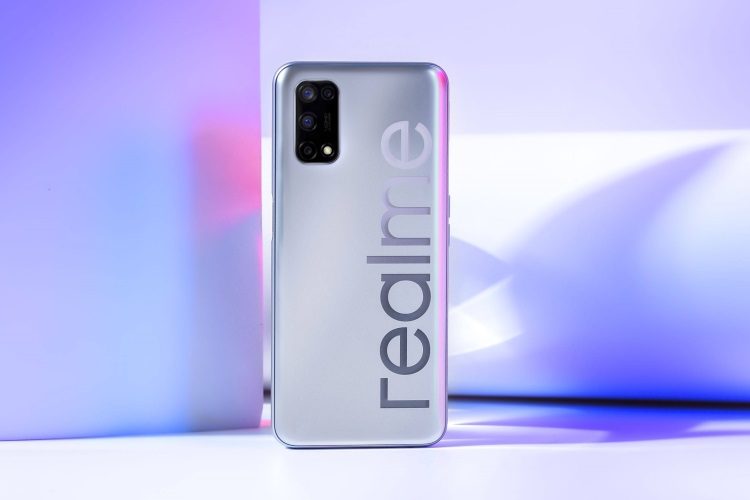 The company hasn’t exclusively shared renders of the front of the device. The header image, however, shows off the single punch-hole camera cutout at the top left. What else do we learn from a handful of images? There’s a side-mounted fingerprint sensor and that hints towards the presence of a high refresh rate LCD display – the same as Realme X3 series. No AMOLED display with a high refresh rate expected in the mid-range segment.

Turning our attention to the rear panel, a close look at the rectangular camera cutout reveals that Realme V5 5G will include a 48MP primary sensor. We do not have any more details on this phone but we expect the Snapdragon 765G chipset under the hood. The company could surprise us by using a mid-range MediaTek 5G chipset, such as the newly unveiled Dimensity 720 or 820.

A similar-looking Realme phone was recently spotted at TENAA with model number RMX2121. It is not the same though. The listing shows off a phone with an AMOLED panel and no physical fingerprint sensor. The camera cutout looks exactly the same though. We expect the company to share the launch date, along with hints at the internals, over the coming days.

Realme took to Weibo this morning to post a video teaser, confirming that the Realme V5 5G will be unveiled on 27th July in China. The teaser does not shine a light on any of the features, but the rumor mill suggests that it will be powered by the MediaTek Dimensity 800 (2GHz octa-core processor). It is also said to come equipped with a 5,000mAh battery.