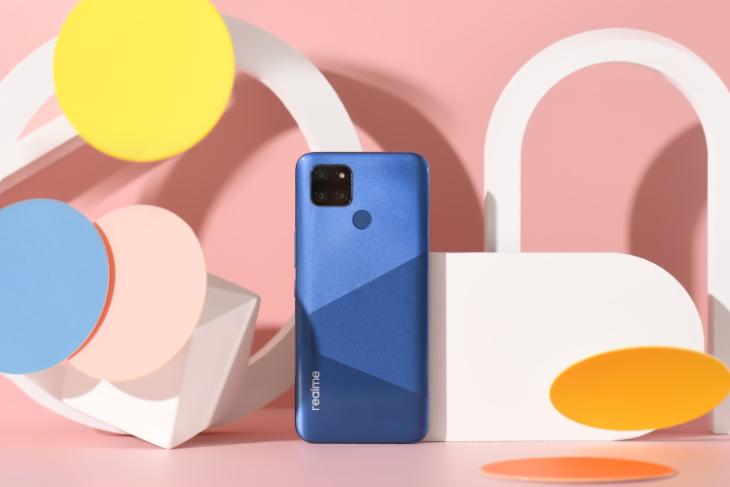 Alongside the Realme X7 and X7 Pro, the Chinese giant has also taken the wraps off the world’s most affordable 5G smartphone – in line with the rumors. It’s dubbed the Realme V3 5G and is the younger sibling to the Realme V5 that was unveiled in China earlier last month. Realme V3 includes a MediaTek 5G chipset, a triple camera setup, and a huge 5,000mAh battery pack.

Realme V3 5G is a rebranded version of the Realme C12 that made its India debut just a couple of weeks ago but with a different chipset under the hood. The smartphone is now powered by the MediaTek Dimensity 720 chipset, coupled with up to 8GB of LPDDR4x RAM and up to 128GB of UFS 2.1 built-in storage.

It’s thanks to the Dimensity 720 chipset onboard that the Realme V3 supports dual-mode (SA/ NSA) 5G, smart 5G features, and download speeds up to 2.34Gbps. The device runs Android 10-based Realme UI out-of-the-box. 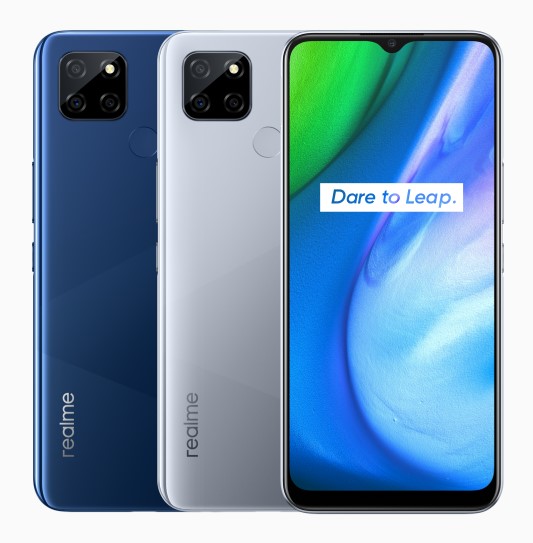 Realme V3 features a 6.5-inch HD+ IPS LCD panel with a 1600 x 720 resolution and an 88.7% screen-to-body ratio. The front display has a huge bottom bezel and a waterdrop notch, housing an 8MP selfie camera, at the top. As for the square camera cutout at the rear, it includes a 13MP (f/2.2) primary camera, a 2MP macro lens, and a 2MP depth sensor.

The smartphone also comes equipped with a 5,000mAh battery with 18W fast-charging support via the USB Type-C port at the bottom. You will also find a 3.5mm headphone jack, WiFi 802.11ac, and Bluetooth 5.0 in terms of connectivity options.

The smartphone will be available to buy in two color variants – blue and silver. It will go on sale starting from 17th September.