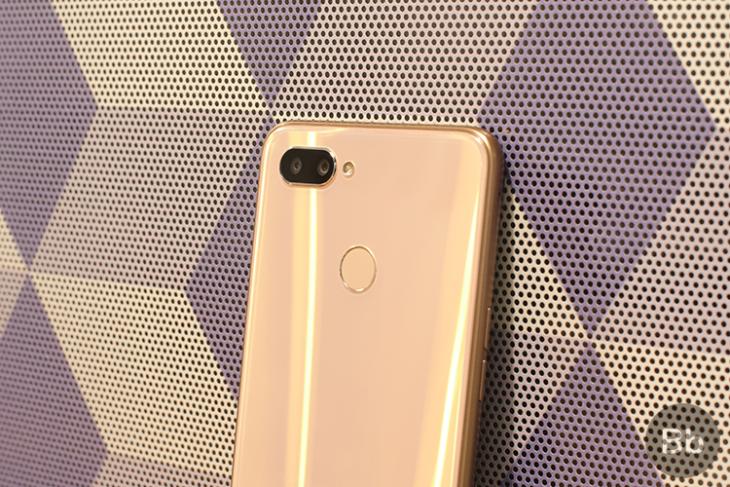 After much anticipation, the Realme U1 finally went official today and it’s a great budget smartphone but not without its fair share of flaws. We’ve already reviewed the smartphone to give you an in-depth look at it, however, if you’re solely looking to check out how the dual rear-cameras and the touted selfie camera perform in real-life, then you are at the right place.

First, let’s the camera specifications out of the way before we take a quick look at some samples that we’ve clicked over the past week. The Realme U1 packs a primary 13MP (f/2.2) sensor and a secondary 2MP (f/2.4) sensor on the rear and 25MP (f/2.0) Sony IMX576 sensor on the front.

And now it’s time for the the camera samples for the Realme U1 attached below:

As you can see in the images attached below, the dual-camera module on the Realme U1 can be called average at best. While the device manages to capture some great shots in broad daylight, retaining the detail with good color reproduction, other shots seem to be lacking the same. You will sometimes feel as though the photos lack depth and look oversharpened, which isn’t working in the device’s favor.

As for low-light and artificial lighting scenarios, well, the sensors are capable enough to let in a decent amount of light. The photos captured are able to handle shadows, as well as highlights easily, but you can notice lack of detail (on Karthik’s hand near his laptop for example) by zooming in just a tad bit. You’ll also be able to see the oil-painting effect in some low-light photos (like that of the tree below), thus, making the rear cameras on Realme U1 reside a step below the Realme 2 Pro.

The Realme U1 is being pitched as a selfie-centric smartphone and well, that shows in the samples here. The 25MP sensor is clearly helping the device click some stunning photos which are better than the Realme 2 Pro. You can find good detail, shadow and highlights are retained, and the color reproduction is good, despite some shots looking dull.

The portrait photos captured using the Realme U1 are pretty good, be it using the front or rear cameras. The edge detection is decent, the background blur looks natural and even the colors are pretty good for its price point. However, the device has a tendency to blow out bright light in the background as seen in the first sample.

You also get iPhone-like portrait effects including natural light, film light, monotone light, rim light, and bi-color light, but not as good. You can see a few portrait effect samples in the gallery attached below:

And finally, if you’re feeling fancy and are someone who is already bored with the plethora of Instagram and Snapchat filters, then Realme U1 offers you access to cute AR stickers as well. Don’t Sharun, Akshay, Rupesh just look super cute in these pictures?

Well, the cameras on the Realme U1 are decent for the price but they could eventually be made better over time with software updates.

As for how the Realme U1’s camera stacks up against its competitors, well, stay tuned as we will be bringing you a comparison of the same over the next couple of days.

Realme U1 Goes on Sale Tomorrow on Amazon with Cashback, Jio Offers

Realme U1 to be Launched on November 28: Everything We Know So Far