Skip to content
Home News Realme U1 With Helio P70 Launched in India For Rs 11,999 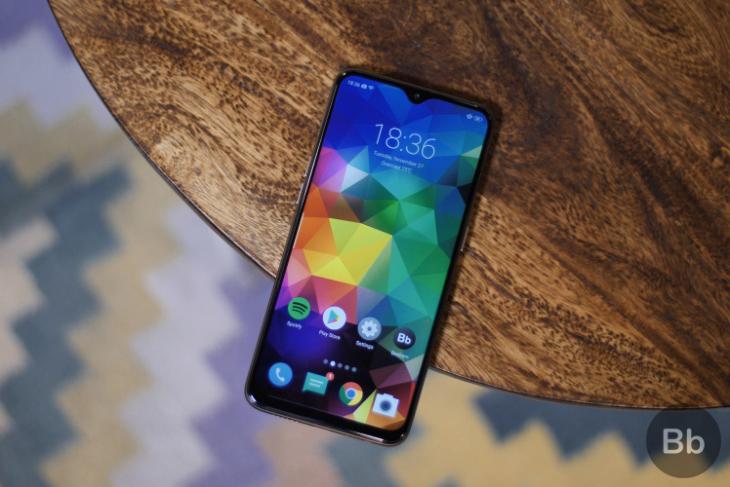 Realme made its debut in India with the Realme 1 just a few months ago, and the company is now closing the year with its fifth smartphone release, the Realme U1. The device has been launched in the country today and is looking to give its budget rivals, Xiaomi and Honor, a run for their money.

Realme U1 has been priced starting at Rs. 11,999 for the base variant, with 3GB of RAM and 32GB of internal storage while the higher-end 4GB+64GB variant is priced at Rs 14,499. There’s a steep difference in the two variants but the device sits squarely between the company’s Realme 2 and Realme 2 Pro.

The device will be available in three color variants, namely Ambitious Black, Brave Blue, and Fiery Gold. It will be sold online exclusively via Amazon.

The company also launched a Realme Iconic Case with a bold type-face on the back as well as Realme Buds with magnetic housing for the earpieces and inline controls. Both are priced at Rs 499.

One look at the Realme U1 and you can already tell that it is a replica of the company’s previously launched device, the Realme 2 Pro. These two share the same front and rear design, with the Realme U1 being a bit thinner and comfortable to hold.

Talking about the specs, the Realme U1 sports a 6.3-inch Full-HD+ IPS LCD display (2340x1080p, 19.5:9 aspect ratio) with a dewdrop notch that’s carried forward from the Realme 2 Pro. The display looks stunning for its price segment, as you can see below. 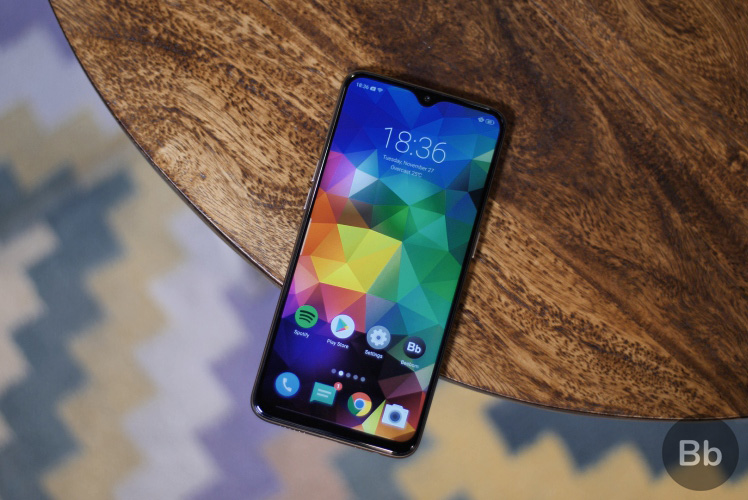 The Realme U1 is the first device to be launched with MediaTek’s flagship Helio P70 chipset at its heart, paired with up to 4GB of RAM and 64GB of storage (expandable up to 256GB via microSD card). It runs Android 8.1 Oreo-based ColorOS 5.2 out-of-the-box, yes, there’s no Android Pie support yet.

In the optics department, the Realme U1 includes a horizontally-placed 13MP (f/2.2) + 2MP (f/2.4) dual rear-camera module on the rear and a 25MP (f/2.0) Sony IMX576 selfie camera. The company is pitching this device as a “Selfie Pro” and is looking to take on Xiaomi’s Redmi phones in its price segment. 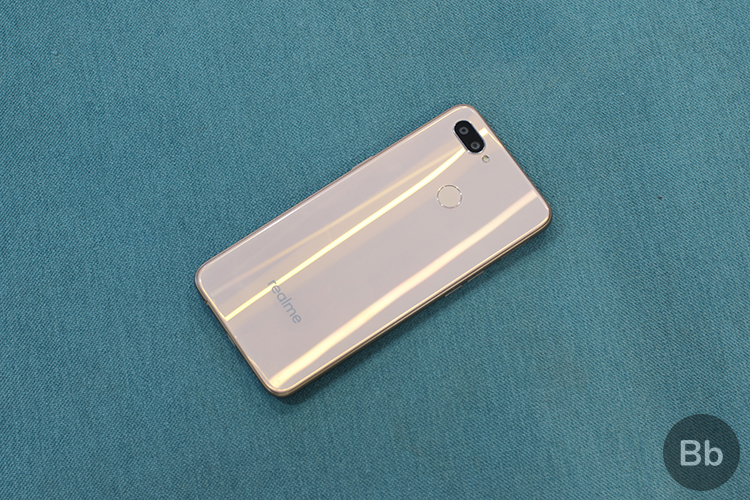 There’s a 3,500mAh battery pack on board, which is the same size as the Realme 2 Pro. It includes the usual set of connectivity options including Wi-Fi 802.11 a/b/g/n/ac, Bluetooth 4.2, triple-slot SIM and microSD card tray, micro-USB port for charging and data transfer, and a 3.5mm headphone jack.

To sum everything up, here’s a quick look at the specs table for the Realme U1:

Well, we’ve been testing out the Realme U1 over the past week and the device is looking good at its price point, only because it ticks all the right boxes, but there’s surely come caveats to the experience, which you read about in our in-depth review right here.