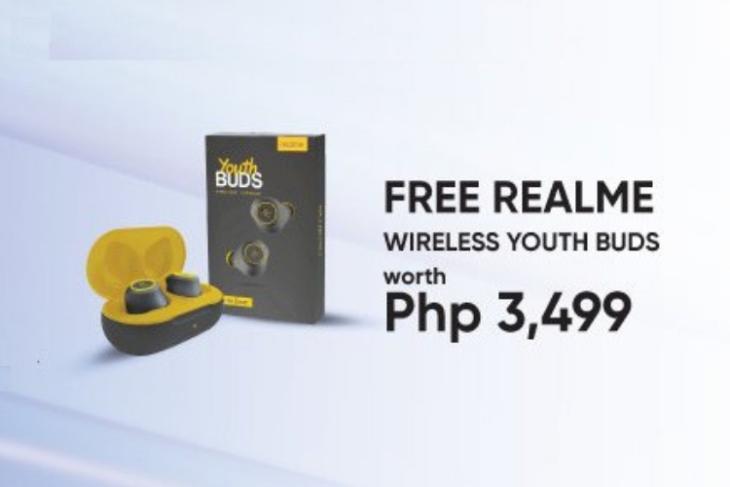 Realme is moving fast to capture a larger chunk of the Indian smartphone market. It has already swiped away a substantial market share (now holding close to 8% market share) from its arch-nemesis Xiaomi within 2 years. Apart from smartphones, the Chinese giant has started building a name for itself in the audio segment, thanks to its Realme Buds lineup.

Well, it may come as a surprise to some, but the next Realme audio accessory could be right around the corner. We have already seen wired and neckband-style wireless earphones from the company but it’s now planning to launch truly wireless earbuds as well. That too before Xiaomi (or its affordable sub-brand Redmi), who’s already had the opportunity to bring Redmi Airdots to India for months now.

Realme Philippines has teased the “Realme Wireless Youth Buds” on Twitter, offering the truly wireless earbuds as a freebie while promoting its 64MP quad-camera beast, Realme XT. It’s a limited time offer in the region, but we could expect the company to bring it to India with the Realme X2 Pro, which is set to launch later this month.

We currently have no information on the Realme Wireless Youth Buds, its hardware specs or audio performance. The image only tells us that it will assume the Realme brand colors, i.e gray and yellow. Realme Philippines says the truly wireless earbuds are priced at 3,499 PHP (Philippine peso) and it roughly translates to Rs. 5000. But, we believe Realme Youth Buds won’t launch at such an exorbitant price but will instead make it available at around Rs 3,000 in India.

Realme is establishing itself as a youth-centric brand in India, making not just phones to users, but accessories such as earbuds, power banks, and even fashion products like the Realme Tote bag. And it isn’t stopping there. The Chinese giant is rumored to be working on everything from fitness trackers to smart TVs.

Yes, in a recent #AskMadhav episode, Realme India CEO Madhav Sheth hinted that the company could unveil a fitness-centric product in the coming weeks. Though he did not explicitly mention that Realme will launch a Mi Band or Honor Band-competitor, we are anticipating it to be very much a fitness band along the same lines.

So, which upcoming Realme accessory are you most excited to check out? Realme Youth Buds or fitness band? Let us know in the comments below.