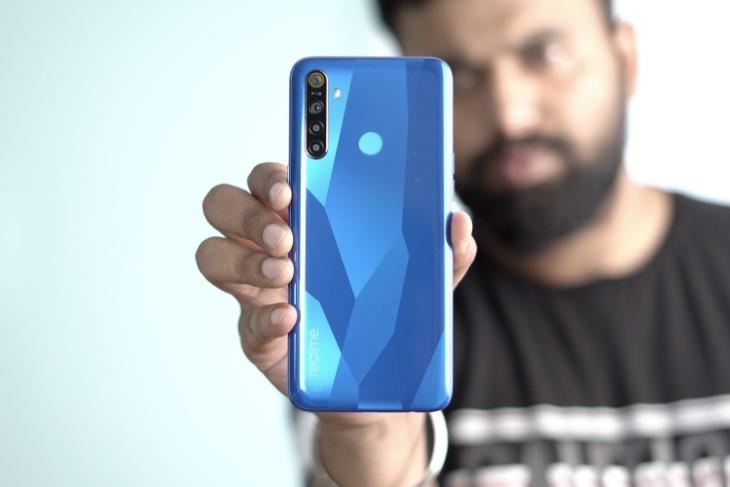 With shortened launch cycles, we’re now seeing phone makers adopt new innovation at a much swifter pace. The screens on our smartphone are now taller, almost bezel-less, and free on any intrusions. So, what’s next? Well, if we were to take a look at the market, the phone makers are now prepping to offer users a smoother, snappier experience via higher refresh rate displays.

Earlier this week, Oppo confirmed that a premium variant of the Reno 2 with a 90Hz display is in the works and should arrive soon. OnePlus 7 Pro already offers you a 90Hz screen, with rumors of the entire OnePlus 7T series coming with the same display in tow. Well, we can now add another BBK Electronics’ subsidiary, Realme, to the growing list of phone makers that will debut a smartphone with a 90Hz display later this year.

Taking to Weibo and quoting a story from CNET, which confirms that the OnePlus 7T will feature a 90Hz display, Realme’s Chief Product Officer Derek Wang said that Realme also has plans to launch a new smartphone with a 90Hz refresh-rate display soon. He further adds that it’s going to be priced lower than the OnePlus 7, which means we could expect the Chinese giant to be one of the first to add a higher refresh rate display to the mid-range segment. 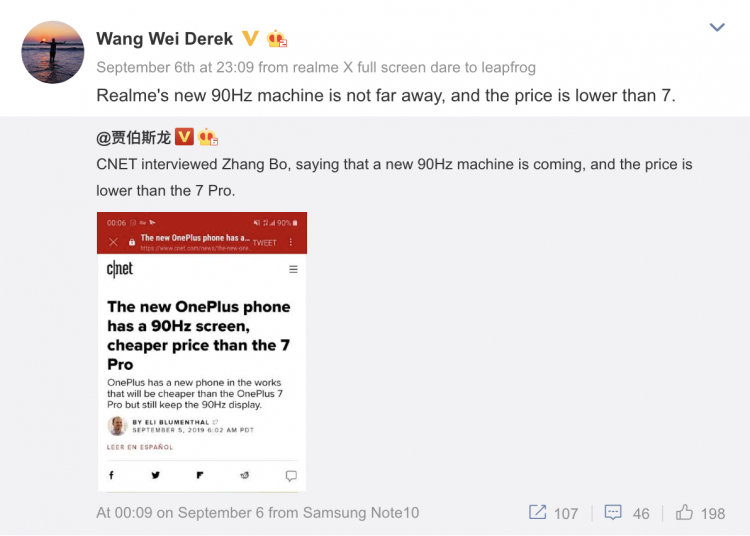 Details for Realme’s 90Hz display phone are sparse at the moment, but we assume this could be the device whose specifications leaked a few days ago. We believe this new device will feature a 6.4-inch Full-HD+ AMOLED screen with a 32MP selfie camera baked into the waterdrop notch – a design similar to the Realme XT.

The highlight of this smartphone could, however, be that it’s powered by Snapdragon 730G gaming-centric chipset from Qualcomm. I mean, it will be late to the party as Redmi K20 was launched with the same chipset months ago but that’s okay. We could be seeing a familiar quad-camera setup on the rear (since Realme is going all out with the 4 camera plan) including the new 64MP primary sensor. This will be paired with an 8MP ultra-wide lens, 2MP depth sensor, and 2MP macro lens.

So, it looks like BBK Electronics is soon going to lead the move to higher refresh rate displays in the budget, as well as the flagship market. What are your thoughts on this? Tell us in the comments below.