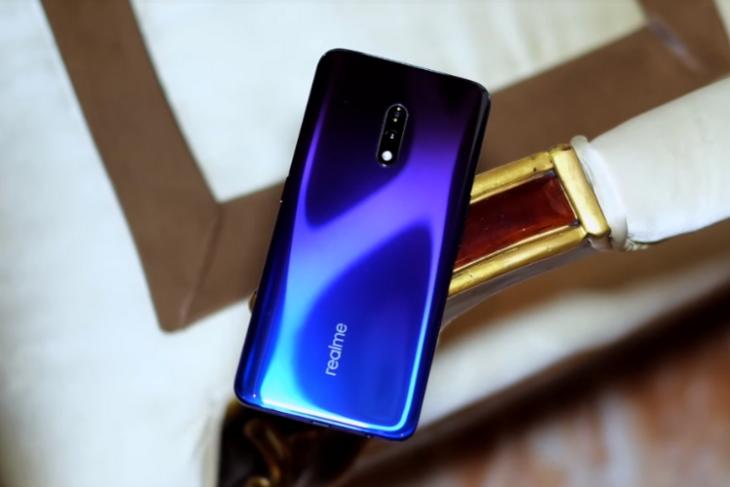 With the Realme XT all set to be unveiled on September 20th, new leaks have seemingly revealed some unexpected new info about the upcoming launch. As it turns out, the company might be prepping to launch a second quad-cam smartphone alongside the Realme XT this month. According to the leaked info, the unidentified device will be marketed as the Realme XT Pro, which is something we’re reading about for the first time.

The leak, which comes comes from a Weibo account named Digital Chat Station, claims that the ‘Pro’ model will feature a 6.4-inch Samsung-made Full-HD+ (2340 x 1080) AMOLED display with a teardrop notch. Other hardware components will reportedly include the Snapdragon 730G SoC, up to 8GB of RAM, 128GB of storage, a 4,000mAh battery with 30W fast charging support and a next-gen in-display fingerprint scanner for authentication purposes.

Imaging options will reportedly include a rear-facing quad-cam module that sounds similar to the rumored setup for the standard Realme XT. According to the leak, the module will comprise of a 64MP primary sensor along with an 8MP+2MP+2MP setup. It will also apparently include a 32MP selfie camera up-front for selfies and video chats.

If the leaks are anything to go by, it looks as though the Realme XT Pro might be very similar to the standard Realme XT, apart from the processor. While the former is rumored to be powered by the gaming-focused Snapdragon 730G, the latter is said to ship with the Snapdragon 712. Having said that, we cannot vouch for the veracity of the rumors at this stage, so it’s best to take this information with a pinch of salt.