If you are an avid gamer who likes to record their gameplays, or if you’re a budding YouTuber who needs to record their phone screen to show case something on their latest video, built-in screen recording features are a godsend. While Color OS has had screen recording for quite some time, with its new UI based on Android 10, Realme has added a bunch of new features to the mix. One of the coolest new Realme UI features is the ability to record your phone screen with internal sounds. So, here is how to screen record with system sounds in Realme UI.

If you want to make sure that your phone records system audio while the screen recording is going on, all you have to do is adjust a few settings and you’re ready to go. Here’s exactly what you need to do: 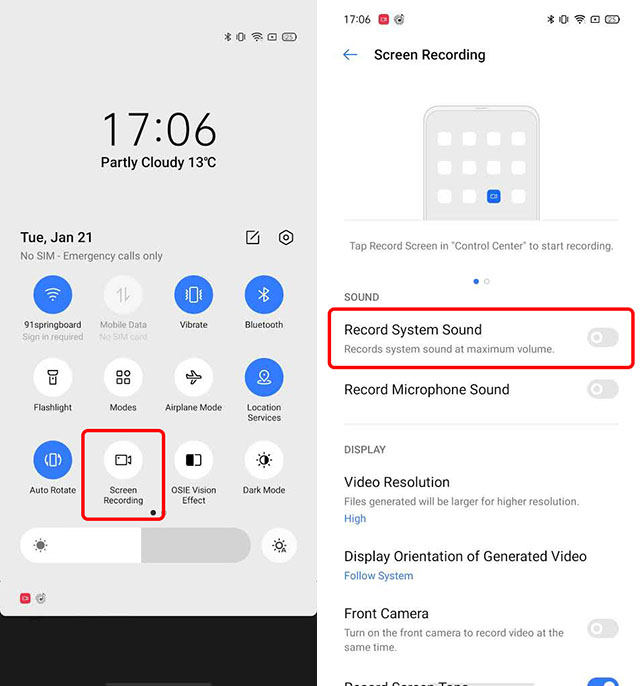 Once you’ve done that, you can simply start a screen recording in Realme UI, and it will automatically record internal audio as well. This is great for recording those solo-squad PUBG Mobile sessions where you’re getting some insane kills so you can show them off to your friends later.

Realme UI also allows you to record audio via the mic on your phone while you’re screen recording. This can come in handy in cases where you’re trying to walk someone through something slightly complicated, when you need to tell them what to do while showing it happen on your phone as well.

However, if you were thinking you could record system sounds along with mic audio, well, unfortunately you can’t do that. You can choose between recording audio from your mic, or recording internal audio but you can’t have both turned on at the same time.

SEE ALSO: How to Take a Screenshot in Realme UI

Personally, I really appreciate Realme adding this feature to Realme UI because I really like recording PUBG Mobile and CODM gameplays for sharing them later, or just to edit them and make fun montage clips of my best kills of all time. Being able to screen record with game sounds is anyway a highly requested feature by a lot of gamers, so it’s great that Realme UI has this feature. Now that you know how to use it, go ahead and record all your awesome sniper shots and share them with me, I’d love to see them.