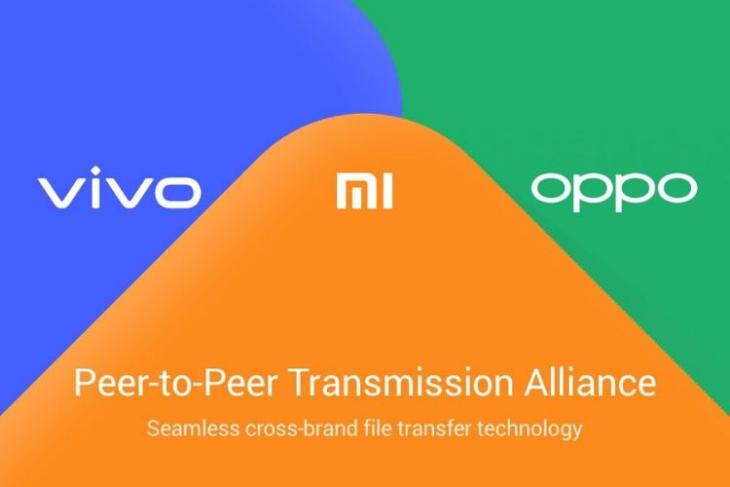 Earlier last year, a trio of renowned Chinese phone makers – Xiaomi, Vivo, and Oppo (includes Realme as well) – partnered to build a new wireless file transfer protocol for their Android-backed smartphones. This was back in August and we hadn’t heard any updates on this front to date. But, that changes today as the phone makers have jointly announced that their AirDrop-like file sharing service is launching globally very soon.

Dubbed as the Peer-to-Peer Transmission Alliance, the new file-sharing protocol will allow Xiaomi users to seamlessly share different types of files including photos, audio files, ZIP files, videos or documents with Vivo, Oppo or Realme users. You don’t require any third-party applications or network data to send/receive files between smartphones from the aforementioned brands.

The feature might be named differently – such as Mi Share on Xiaomi phones or Realme Share on Realme phones but will support the same high-speed WiFi Direct transfer protocol to transfer files at speeds up to 20MB per second. If you’re wondering how the feature works, then Vivo has explained it in an official press release as follows –

The file transfer protocol uses Bluetooth for fast pairing and WiFi P2P (Peer to Peer) technology for the data transfer, bringing together an instant, stable and high-speed connection between devices, as well as low power consumption.

The blog post further adds that the peer-to-peer technology doesn’t disrupt the existing wireless connection and you can continue to go about using your smartphone while any huge files are being transferred. Vivo has today announced that it will gradually begin rolling out this feature to new products from February 2020. Oppo and Xiaomi are still to announce when their implementation of the same will go live globally, but you can already find the Mi Share in MIUI 11. 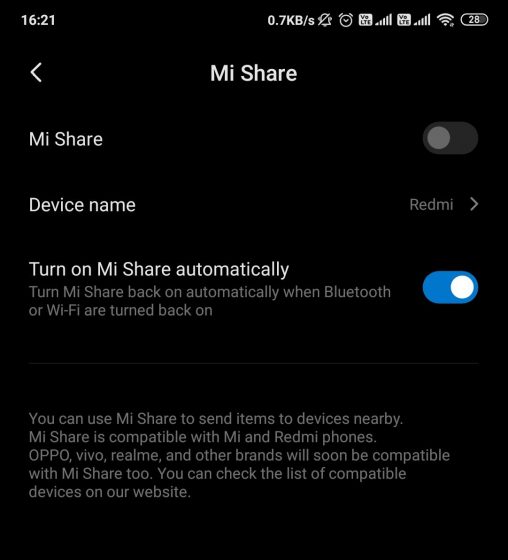 The phone makers have come up with this file transfer protocol to offer users a fast and reliable solution like Apple’s AirDrop on Android. Google’s mobile operating system does come baked with Files Go on board and it includes a similar solution but you will have to download the app on certain smartphones to enable the feature. There’s nothing similar baked into the software itself, thus, they are urging other phone makers to get onboard their plan to make file sharing less of a chore and annoyance on Android.