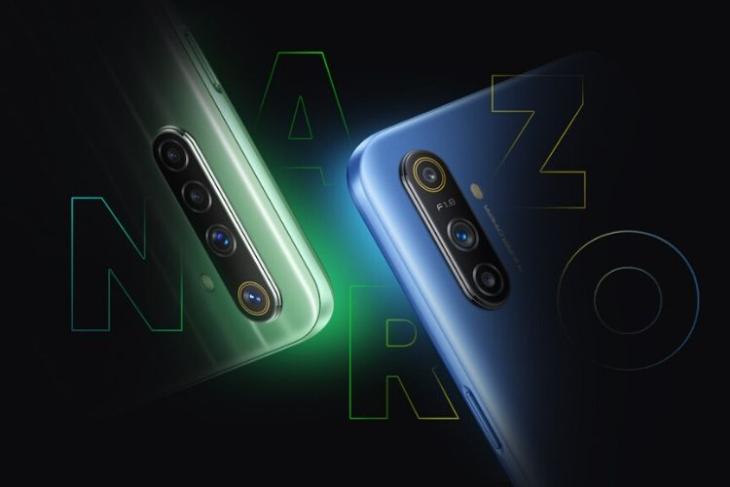 As e-commerce services return back to functioning normally from 20th April, Realme is not wasting any time and has rescheduled the launch of its much-awaited Narzo 10 series in India. The Narzo 10 and Narzo 10A are now set to officially launch on 21st April and as you may expect, it will be an online event.

The Narzo 10 series was initially set to make its debut on 26th March in India, but the event was postponed due to the country-wide lockdown. Realme India CEO Madhav Sheth shared the new launch date on Twitter only a few minutes ago. As seen below, the Twitter caption reads, “#realmeNarzo is back, so get ready to #FeelThePower!”

Guys, here comes the news that you all have been waiting for!#realmeNarzo is back, so get ready to #FeelThePower!
Watch the online video streaming live on 21st April at 12:30PM.https://t.co/TNdsEY8ZVS pic.twitter.com/ih9B19zQta

Now, we have already seen a myriad of teasers for the Narzo 10 series prior to India’s ongoing lockdown. The landing page for this youth-centric budget series is live again on Realme’s official website. It gives us a quick look at some of the key specifications for both of the upcoming devices.

To jog up your memory, the Narzo 10 and Narzo 10A are expected to be rebranded versions of the Realme 6i and Realme C3 (Indonesian variant) respectively. The former was launched in Myanmar back in March and will be the first MediaTek Helio G80-powered smartphone to launch in India.

This means Narzo 10 will feature a 6.5-inch HD+ LCD display, a quad-camera setup with a 48MP primary sensor, an 8MP ultra-wide-angle lens, 2MP macro lens, and a 2MP mono lens. There’s also a 5,000mAh battery onboard.

Narzo 10A, on the other hand, will bring nothing new to the table except for a small change in the rear camera system in comparison to the Realme C3. You get all of the same specs including a 6.5-inch HD+ display, Helio G70 chipset, and a 5,000mAh battery but there’s now an extra 2MP macro lens onboard as well.

So yeah, as you can tell from the specs, the Narzo 10 series will be budget-friendly and priced under Rs. 10,000 in India. Are you looking forward to the Realme Narzo 10/ 10A? Let us know your thoughts in the comments below.

Due to the government’s order to not allow e-commerce giants to deliver anything but the essentials during the lockdown, Realme has yet again postponed the launch of the Narzo 10 series in India. The company updated the fans via an official Twitter post:

A minor setback lays the foundation for a major comeback. The launch of #realmeNarzo has been postponed until further notice. We will be back to make you all #FeelThePower. pic.twitter.com/0yBjc4EyZr

The landing page (linked above) also doesn’t include the launch date and states that Realme “has decided to postpone the launch of Realme Narzo until further notice.”

Realme Narzo 10 and 10A Launching in India on March 26