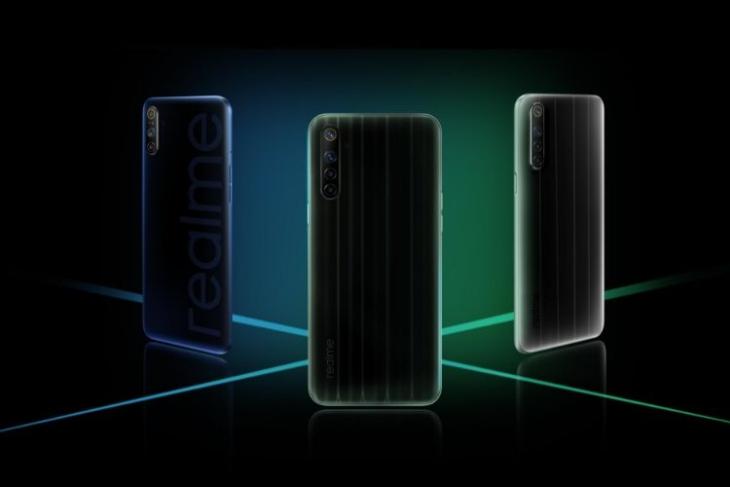 Realme yesterday confirmed that it’s launching a new youth-centric smartphone series, dubbed Narzo. And well, the company has today confirmed that Realme Narzo 10 and Narzo 10A will make their debut in India on 26th March. We have also got a close look at the design and some key specs of Realme’s upcoming phones.

Realme India CEO Madhav Sheth announced the Narzo 10 series launch date via an official tweet just minutes ago. The company has also updated the dedicated landing page to show off some of the key features of both the Narzo 10 and 10A.

If you’ve been keeping up with Realme’s recent launches, scrolling through the landing page will instantly make you realize that the company is rebranding two of its existing phones as the Narzo 10 series. Both the Narzo 10 and 10A will be budget phones that should be priced under the Rs. 10,000 mark.

First up, Narzo 10 will most likely be a rebranded Realme 6i that was recently launched in Myanmar. It is the world’s first MediaTek Helio G80-powered device and a section of the landing page, which states ‘latest processor for the first time in India,’ confirms its India arrival.

Narzo 10A, on the other hand, will be a rebranded Realme C3. Yeah, the company has already launched the Realme C3 in India but this is the Indonesian variant with a triple camera setup on the rear. It packs an additional 2MP macro lens to enable you to click some amazing close-up shots.

As for the Narzo 10’s quad-camera setup, it will feature a 48MP primary sensor, an 8MP ultra-wide-angle lens, 2MP macro lens with a 4cm focus distance, and a 2MP mono lens.

While the specs are great, we already expected the company to bring Realme 6i to India really soon. And we already have the Realme C3. It debuted last month as the country’s first Helio G70-powered phone. So, why is Realme Narzo a thing? Beats me as well. The company is only looking to drum up hype and further clutter the budget segment with its new offerings. That’s all I can say.