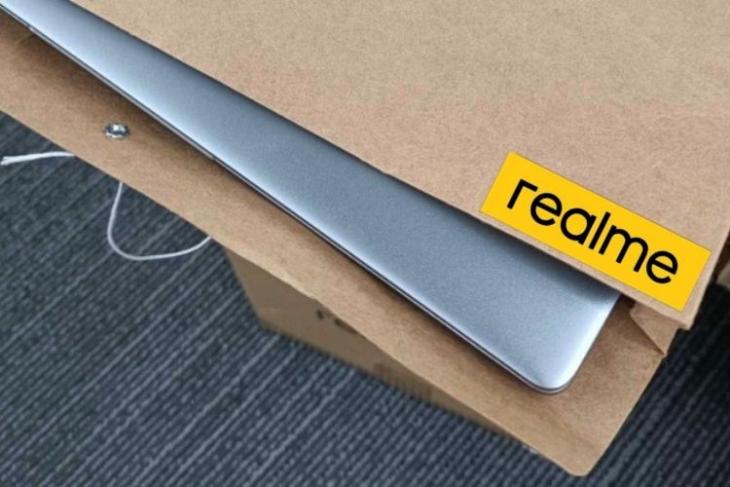 Back in April, Chinese smartphone giant Realme joked about the launch of MeowBook laptops as part of an April Fool’s joke. Well, the company now seems to be set to bring its laptop to reality, as per Realme India CEO Madhav Sheth’s latest tweet.

Yeah, you read that right. Realme laptops are launching in India really soon to take on its arch-nemesis, Xiaomi’s Mi Notebook. In an official tweet, Sheth said that “#Realme new product category has a message for you!” And as you can see in the teaser image below, the upcoming product appears to be a laptop. The cryptic message in the tweet, on the other hand, reads “Hello World”.

From what e can tell from the teaser image, Realme’s laptop will have a sleek profile, a MacBook Air-like metallic silver design, and an indent to easily open the screen. There is not much else known about this upcoming laptop at the moment. Will the laptop be a Windows 10 machine or Chromebook? We don’t know yet.

Earlier in May, the Chinese giant conducted a laptop survey on its forum, asking users if they are planning to buy a new laptop in the next three months. It inquired them about their social media usage, factors that influence their laptop purchase decision, whether they will be willing to spend between Rs. 30,000 to Rs. 50,000, and more.

So yeah, we can expect the Realme laptop (or MeowBook?) to rival the budget-centric laptop market. It should cater to students and lock horns with the Mi Notebook, Asus VivoBook, and Lenovo’s Ideapad series in the sub-Rs. 50,000 price bracket. Does this sound exciting? Let us know your thoughts in the comments below.