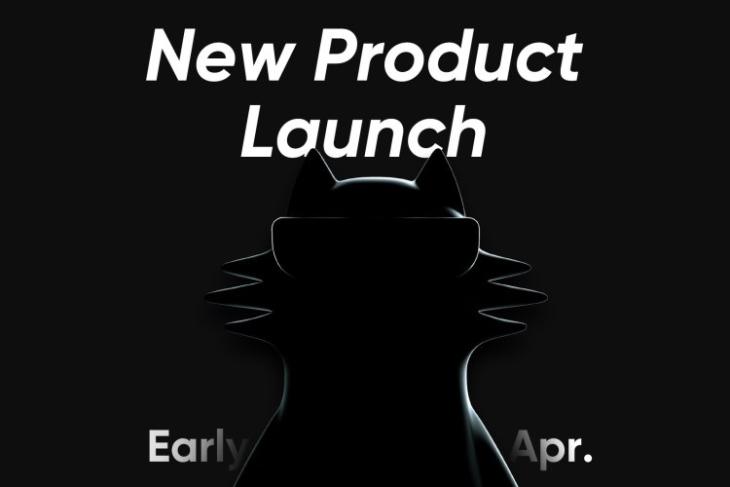 As we approach the end of March, Realme has started teasing the launch of more IoT products in the coming month. The Chinese giant is looking to compete with its arch-nemesis Xiaomi in a few more segments. Realme has started teasing these products, including a smart speaker, laptops, and VR headset, on Twitter with a tentative early April launch date. So, here are all of the products Realme will launch at its upcoming event:

Realme follows after its arch-nemesis Xiaomi and is now looking to enter the smart speaker market as well. The Chinese giant is teasing the launch of Meow AI Speaker for early April on its Twitter. From the looks of it, Realme’s smart speaker will look like its mascot Realmeow.

Realme is rumored to be working on a laptop to rival Xiaomi for quite some time now. Today, via an official tweet from its Pakistan Twitter handle, the company confirmed that it will launch its first laptop in early April. Funnily enough, it will be called MeowBook.

The company also offered a first official look at its laptop, as shown in the tweet below. The laptop appears to have a brushed aluminum design with the Realmeow logo on the top lid.

Also, Realme is looking to rival Facebook’s Oculus and Jio Glasses with the launch of its own Meow VR Glasses. The company does not elaborate on its features, nor does it offer us the first look. You can see the official tweet below.

At this point, we would like to point out that Realme could be pulling an elaborate April Fools prank on the entire community. The teasers started pouring in over the weekend, with an official Realme Europe tweet declaring, “All will be unveiled this Thursday.” You can check out the tweet right here:

The teasers look like an April Fools’ Day joke to us. There have, however, been a lot of rumors about the company’s laptops, smart speakers, and other IoT products over the past few months. So, it could turn out to be true as well. But, who would like to own a MeowBook? Doesn’t that sound like a child’s toy? We will have to wait until 1st April to learn more details.