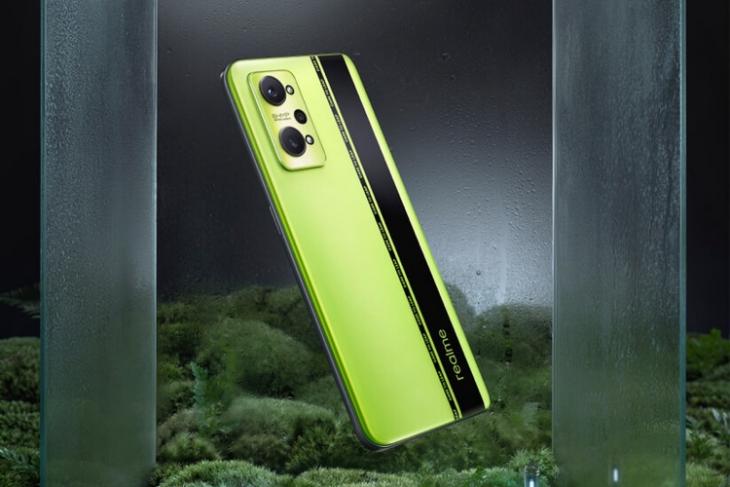 After launching the Realme GT Neo 2 in China last month, Realme has confirmed its plans to bring the smartphone to India next week. Realme will launch the GT Neo 2 in the country on October 13 at 12:30 PM.

Going by the launch event’s microsite, Realme GT Neo 2 will be available in India in all three color variants — Neo Green, Neo Blue, and Neo Black. The site also confirms key specifications we already know about the GT Neo 2, thanks to the Chinese launch.

To recall, the GT Neo 2 will feature a 6.6-inch Full HD+ Samsung E4 AMOLED display with a 120Hz refresh rate, 600Hz touch sampling rate, and up to 1,300 nits peak brightness. The device is powered by Snapdragon 870 5G and offers up to 12GB of RAM and 256GB of internal storage.

For cameras, you get a triple 64MP primary + 8MP ultra-wide + 2MP macro rear camera setup in the handset. The front-facing camera is a 16MP sensor. The battery present here is a 5,000mAh unit that supports 65W SuperDart fast charging. According to Realme, you can completely charge the device in 36 minutes.

Apart from the handset, we could also expect Realme UI 3.0 announcement at the event. Realme UI 3.0 will be based on Android 12 and we have already seen some leaked screenshots of the interface, courtesy of Weibo tipster Digital Chat Station.

What we don’t know yet about the GT Neo 2 is the pricing and availability in India. We’ll be covering the event on October 13, so stay tuned for updates.