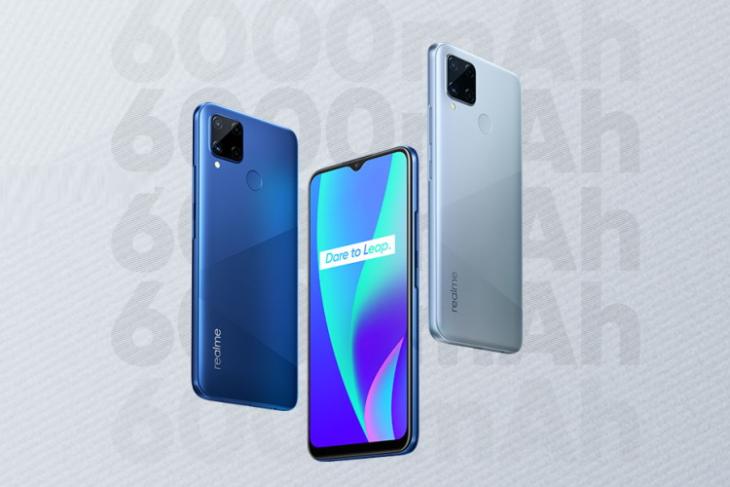 We recently reported that Realme is readying up to launch a new smartphone with a massive 6,000mAh battery. The Chinese giant has today confirmed that the Realme C15 launches on July 28 in Indonesia. The highlight of this phone, as you must have guessed by now, is the 6,000mAh battery and 18W fast-charging support.

The company revealed the launch date via its official Facebook page. The teaser only talks about the battery size and charging speed, as you can see below. Realme has set up a dedicated microsite for the Realme C15 and gives us a sneak peek at the design. 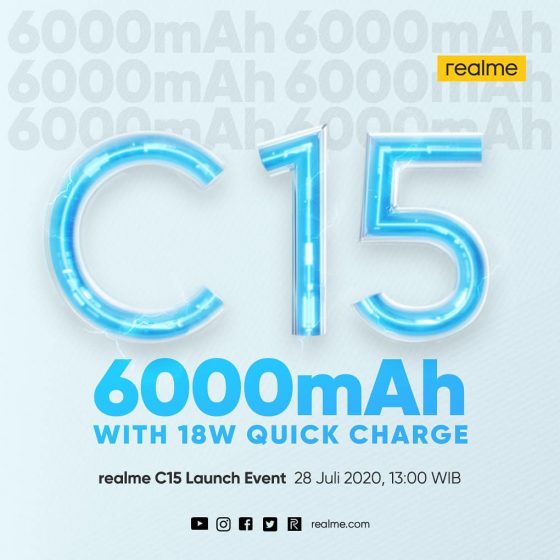 Realme C15 seems to be an elder sibling to the recently launched Realme C11. It sports a very similar design, with a waterdrop notch up-front and a square camera cut-out on the rear. There’s also a physical fingerprint sensor on the rear. We can expect an HD+ display, an additional ultra-wide sensor apart from the main, macro, and depth sensor on the rear.

Not much else is known about the Realme C15 just yet. Though I’m sure that it will be powered by a MediaTek chipset as most budget Realme phones now boast MediaTek G-series chipsets. Does this mean MediaTek is planning to announce another budget G-series chipset next week? Helio G60 or something? Or will it be the same Helio G70 chipset as the Realme C3?

As per retail listings, Realme C15 will arrive in two color variants – Seagull Grey and Marine Blue. We expect to learn the official internal and camera specifications in the days leading up to the launch. So, stay tuned for more information.