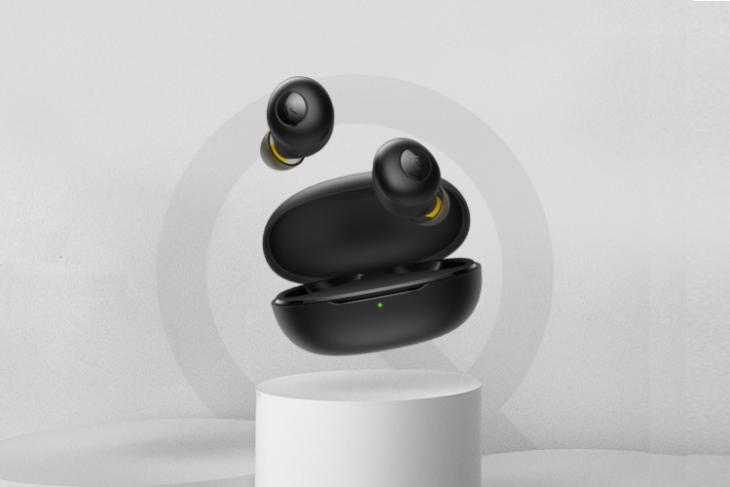 The budget truly wireless earbuds space in India is growing quite rapidly. And Realme has positioned itself as one of the major brands to partake in this trend. Realme Buds Air was the company’s first pair of TWS earbuds and it arrived with wear detection and wireless charging in tow. The company added Buds Air Neo to the kitty last month and now, Realme Buds Q has arrived in India as the most affordable TWS offering from the company.

Realme Buds Q were first unveiled in China earlier last month, alongside the Realme X50 Pro Player Edition. The TWS earbuds are designed by French designer José Lévy. He draws inspiration from soft, round black pebbles for the of the Realme Buds Q. It does not have any straight lines and features only rounded edges. It should look cute in person.

The earbuds here are super lightweight and weigh just 3.6 grams each. The charging case, with the earbuds inside, weighs 35.3 grams and that seems to me as a rather pocketable pair of TWS earbuds. Realme Buds Q is equipped with Bluetooth 5.0 (no Fast Pair support) for connectivity purposes. 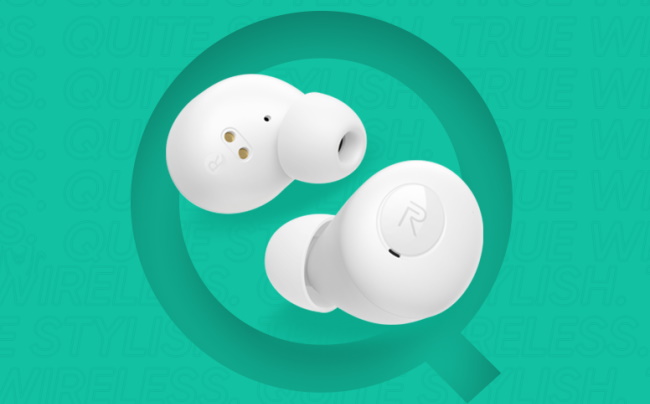 Realme boasts that it has baked the ‘largest bass driver in the segment’ (10mm Bass Boost driver) in the Realme Buds Q. The earbuds support ‘super low latency mode’ (the same as other TWS earbuds in Realme’s lineup) that brings the wireless latency down to 119ms. It would come in super handy during your PUBG gaming sessions.

These earbuds carry an IPX4 certification, so using them at the gym shouldn’t be a problem. Further, Realme knows that offering physical buttons aboard these earbuds will be a huge nuisance. Pressing the buttons pushes the earbuds further into your ear. I’ve faced this issue while using the Noise Shots X5 back in the day. So, it has baked touch controls into the earbuds.

You can double-tap to play/ pause music, long press to call upon the voice assistant, and more. The Realme Link app can be used to tweak the gestures to your liking. The company promises a total of 20 hours of battery life, with the earbuds offering 4.5 hours of continuous playback on a single charge.

Realme Buds Q has been priced at Rs. 1,999 in India and will compete directly against Redmi Earbuds S that launched in India earlier last month. Realme has some tough competition to look forward to as Redmi Earbuds S has been dubbed as the best value-for-money TWS earphones by many. Even my colleague Akshay dubbed them a ‘solid deal to go for’ as the Redmi Earbuds S is priced ‘as if they were on a sale’ in our review.

Realme Buds Q will be available to buy in three colorways, namely Quite Black, Quite White, and Quite Yellow. It will go on sale starting from 1st July via Amazon India and Realme’s online store. You will also be able to buy them in offline stores soon.

We will bring you a comparison between the Realme Buds Q and Redmi Earbuds S very soon, so come back to learn which one you should get.