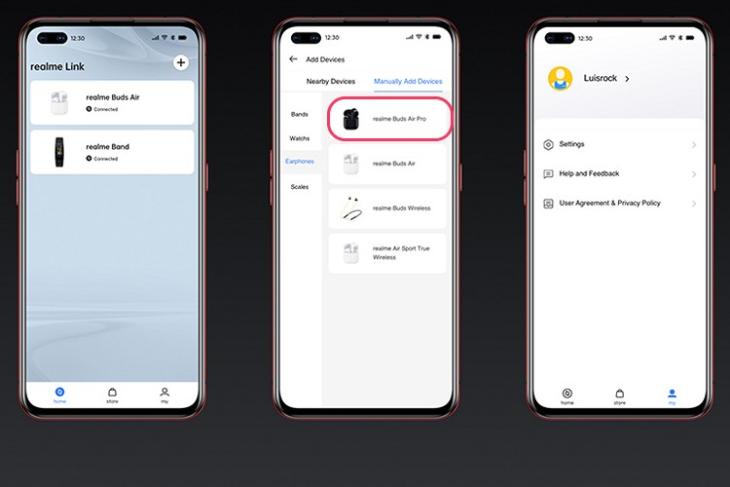 Realme launched its first 5G smartphone in India, the Realme X50 Pro 5G, at an event in New Delhi today. During the event, the company officially revealed the ‘Realme Link’ app that serves as a control center for all the upcoming IoT products of the company.

As the names suggest, Realme Buds Air Pro is expected to be a “high-end truly wireless earbuds” offering from the company. We can expect a black color variant of the earbuds, judging by the product image preview in the app, along with the usual White and Yellow color variants. 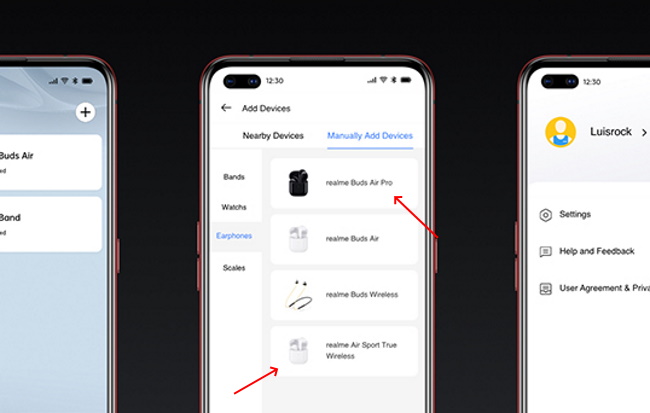 Realme did not announce the Realme Buds Air Pro at today’s launch event, which could mean that the product is not ready for launch just yet. Whenever it comes out though, I hope the company will add Active Noise Cancelation (ANC) to justify the “Pro” moniker. Realme India CEO Madhav Sheth did suggest the arrival of ANC earphones in the coming months, so it is possible that the Pro-variant (much like the Apple AirPods Pro) will have noise cancellation support.

Realme was expected to announce the cheaper Realme Buds Air Neo at the event, but it was also a no show. There is, however, a probability that Realme Buds Air Neo will be marketed as the ‘Realme Air Sport’ True Wireless Earbuds when it launches in the near future.

Going by the rumors, Realme Buds Air Neo is expected to come with a traditional micro-USB port for charging, lack of wear detection and also, it will be a toned-down variant of Realme Buds Air that got launched in India last year.