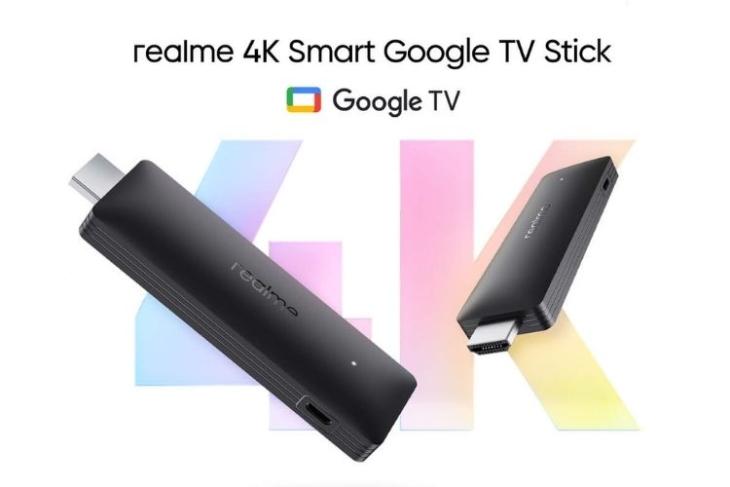 After launching some excellent smart TVs, Realme has unveiled a smart TV stick running Google TV in India today. The Chinese giant is quickly expanding beyond its smartphone business to take the fight back to its ferocious rival Xiaomi. The Realme 4K Google TV Stick is the first smart TV dongle to run Google TV in India.

Apart from being the first to support Google TV in India, Realme 4K smart stick is capable of streaming content at up to 4K @ 60FPS. It brings HDR10+ and HDMI 2.1 support in tow as well. This dongle runs Google TV out-of-the-box, offering you access to movies and shows in personalized UI. You have access to all popular streaming services, including Netflix, YouTube, Prime Video, and others, along with the Google Play Store to install any other app you like.

With Realme offering Google TV with its streaming stick, you will get access to a plethora of cool new features. So, check out our in-depth guide on Google TV tips and tricks and how to add a kids profile in Google TV for more information. You will also get the option to create user profiles and a revamped ambient mode really soon. This TV stick also comes with built-in Google Assistant support.

Talking about the design, the Realme TV stick has a soft matte finish with an HDMI port on the front end and a USB Type-C on the edge towards the back to connect the power adapter. There’s also an LED light to indicate that the TV stick is powered on.

In addition to the smart TV stick, Realme has also launched a Rs. 2,999 Brick Bluetooth speaker in India. It features 20W dynamic bass boost drivers with two dedicated bass radiators at the front and back. It supports stereo pairing, which means you can pair two Realme Brick speakers for a stereo sound effect. The speaker includes a 5,200mAh battery, offering up to 14 hours of playback time, and charges via a USB-C port.

The Realme 4K Smart Google TV Stick is priced at Rs. 3,999 in India and will be available to buy soon, exclusively on Realme.com and Flipkart. It will be sold for just Rs. 2,999 during the Realme Festive Days sale even.

On paper, Realme’s smart TV dongle looks better than the Mi TV Stick and Amazon Fire TV Stick 4K in the country. So would you like to see a comparison between these three Android TV dongles? Let us know in the comments below.