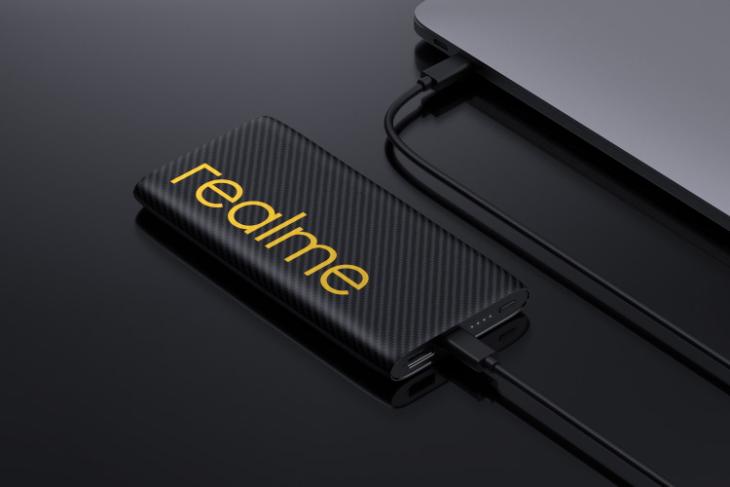 As most smartphones in Realme’s portfolio support the 30W Dart Charge technology (formerly known as VOOC charging), the company has decided to launch a super-fast charging power bank in India today. The Realme 30W Dart Charge Power Bank was first launched in China back in May.

This power bank boasts the same 10,000mAh capacity as the Realme Power Bank 2 that launched in India earlier this year. They also have the same curved design and colors – black and yellow, with a massive Realme branding on top. The only way to differentiate between the two is the carbon fiber design of the 30W Dart Charge power banks, as seen below. 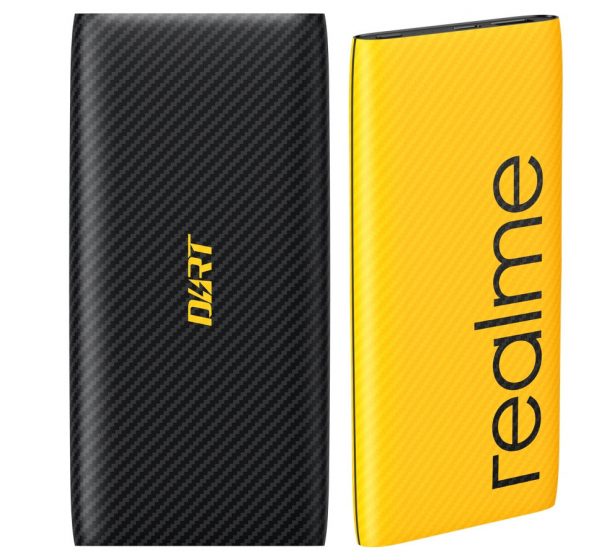 This power bank supports two-way fast-charging, which means even the power bank will charge up quickly. You can juice up to devices at once – one via the USB Type-C and other with the USB-A port – with the Dart Charge power bank. There’s also a low current mode onboard to allow users to charge accessories such as the Realme Band, TWS earbuds, and more.

Realme claims that you can fully charge up your smartphone in around 1 hour and 40 minutes using this power bank. The Type-C port is an input/ output port whereas the USB-A port is merely an output port. Realme 30W Dart Charge power bank weighs 230 grams, which is okay.

Realme 30W Dart Charge 10,000mAh Power Bank has been priced at Rs. 1,999 in India. It will go on sale starting from 21st July at 12 PM, exclusively on Flipkart and Realme’s online store.